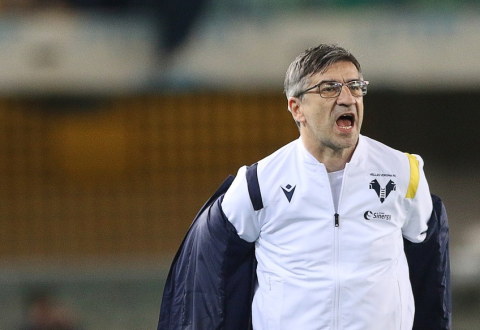 Ivan Juric has stated that he felt his Verona side should have won all three points against Juventus, after his side came back from 1-0 down to leave with a draw.

Verona were a tough opponent for the Old Lady yesterday, leaving little room in defence and pushing forwards in numbers, but both side’s struggled to create clear-cut chances.

There certainly was opportunities at both ends though, and Juric clearly feels like his side should have done better with their share.

SkyItalia prompted the Verona boss on whether he was happy with the result, to which he replied: “Generally yes, but the way the game was no. We wasted a great chance to win against a great one. My feeling is that we did good things, but we lacked quality in the last step. In the last 15 minutes we have had some sensational balls, my feeling is that we could do something more. We didn’t feel like we could concede a goal in the first half and for five minutes we didn’t do well. Then we raised the level again and in the last 15 minutes we did very well.”

Personally it was Juventus who struggled in the second-half which allowed our opponents to come to life, and our side had Juric’s goalkeeper at work to deny us in the opening half also.

I can’t deny that Verona had their chances to claim all the points on the day, but I think their manager is getting a little ahead of himself if he believes his side had the better of the matchup overall.

Pochettino “bets on” Juventus star to improve his PSG team