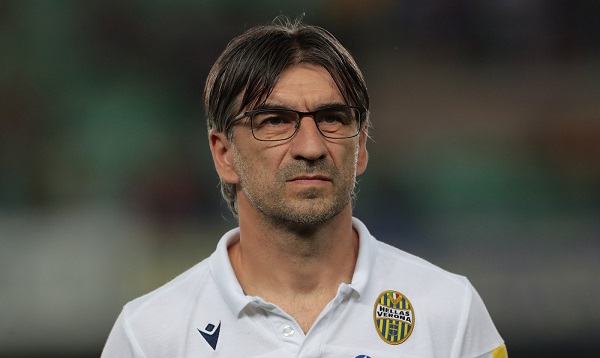 Ivan Juric has stated that although his Verona side is still being built, they are motivated to get a result from their game against Juventus tomorrow.

The Gialloblu finished last season inside the top ten and they have already collected 7 points in the league this season.

They aren’t one of the teams tipped to win a place in Europe or any other worthy achievement except to survive relegation, but the Croatian manager isn’t worried and he thinks that his players will play the game with more confidence than with pressure.

They are yet to win a game since they beat Udinese on matchday 2, but he is confident that his team will be fine against Italy’s reigning champions.

He also reserved some praise for all his players as they have been credited with having one of the strongest defence in the competition so far, claiming that it was the whole team who have been working hard at defending.

“The team are fine, we arrive motivated,” Juric said at a press conference as quoted by Football Italia.

“We get Barak back, who has recovered from COVID and tomorrow we will evaluate his condition.

“Matches against Juventus are always special and fascinating. We are going to play our game; we are under construction and we need time to regroup.”

On his team’s impressive defending he said: “These questions are never asked because they bring bad luck,” he responded. “The team worked well defensively, and I mean the whole team, not just the defence.

“In certain situations, it went our way, but in the last one we were very good.”