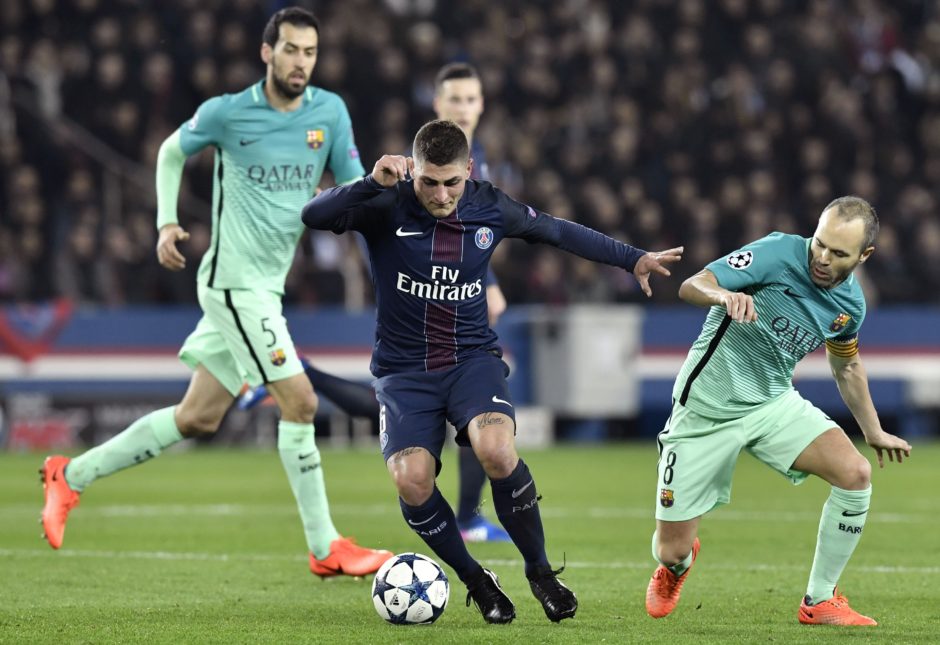 Marco Verratti’s agent believes Juventus “will certainly do something special in the the transfer window” and calls the  Bianconeri a “much more attractive” proposition.

PSG seem intent on keeping their midfield star, however his agent Donato Di Campli continues to fuel speculation that the players future may not be certain.

“Juventus will certainly do something special in the next transfer window” he told Tuttosport.

“Verratti? There’s the will of PSG to keep him at all costs.

“Now it’s clear: money isn’t enough. Appeal is also needed, and in the last four or five years, the French club haven’t done enough to improve in that regard.

“Juventus are much more attractive because champions are attracted to winning teams.”

Di Campli also represents young talent Riccardo Orsolini who has enjoyed a spectacular campaign at the U20 World Cup.

“Orsolini? He’s a huge talent. I think he’ll start preseason with Juventus and try to get noticed by Allegri.

“He could also stay until January, trying to find some room. Juventus are one of the few teams that make room for talent.

“I talked to Paratici just today: he’s flooded with enquiries, but with Pjaca being injured and so many situations to settle, he could surprise everyone.

“We’ll study the right path for him. For me, he’s ready for top-level football.

“He’s a lad with his head screwed on, he’s very focused on his football career, he knows he’s been the centre of attention, but that doesn’t burden him,

“Orsolini compared to Bentancur? There’s been a lot of talk about Bentancur, but at the World Cup, the observers mostly watched Orsolini and Favilli.

“Andrea escaped through the front door, but Juve are trying to get him back. We’re discussing the best course of action with Ascoli and Juventus.

“It’s too bad that there are no reserve teams in Italy, which shows the backwardness of the FIGC.

“Coulibaly? Juve are attentive, but it’s not just the Bianconeri.

“Milan clubs for the Scudetto? Inter have one of the best sporting directors around, Sabatini and Milan have shot off. The important thing for them is not to end badly.”