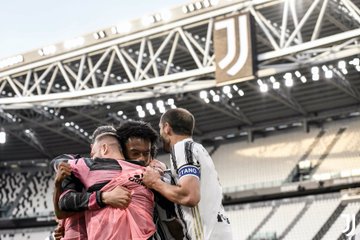 Video: All goals from Juventus’s five-goal thriller with Inter Milan

Juventus claimed all three points against Inter Milan yesterday as they came away as 3-2 winners, keeping themselves in the hunt for a top-four finish.

The Old Lady were under pressure to win having dropped to fifth place in the Serie A table last weekend, and will now have to await their rivals results to see what will be needed next weekend.

This performance will definitely have given fans hopes of completing a 100% finish with just the Coppa Italia final on Wednesday and Bologna left to complete the league campaign.

Will the team pick themselves for a big push in our last two matches?

“Until the end!!!” Chiellini reacts to Juventus’ win over Inter