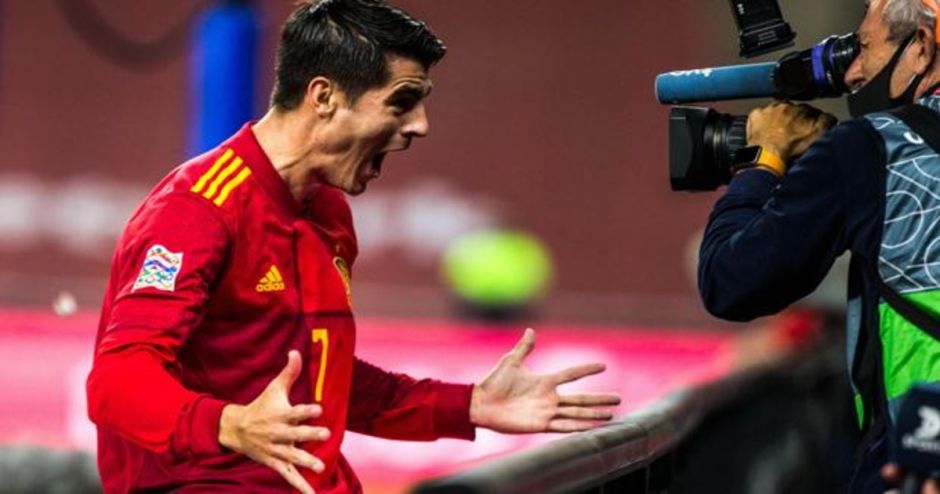 Spain are set to take on Switzerland today with a place in the semi-final of Euro 2020 up for grabs, and Juventus striker Alvaro Morata is confirmed as leading the line.

The number 7 has taken some criticism for some high profile misses since the start of the competition, but manager Luis Enrique has stuck with him throughout, and his decision has paid off.

The Spaniard scored the all-important goal in extra time to put Spain ahead against Croatia in the previous round, capping off an all-round top performance, and you could tell how much it meant to him to be playing his part for Spain.

He once again leads the line today, and he will hopefully be facing fellow team-mates Giorgio Chiellini, Leo Bonucci, Federico Chiesa and Federico Bernadeschi in the next round, with Italy also in action later on this evening.

Can Morata carry on his form to help his side overcome the Swiss today?

Video: Giorgio Chiellini coy on potential of starting against Belgium this evening