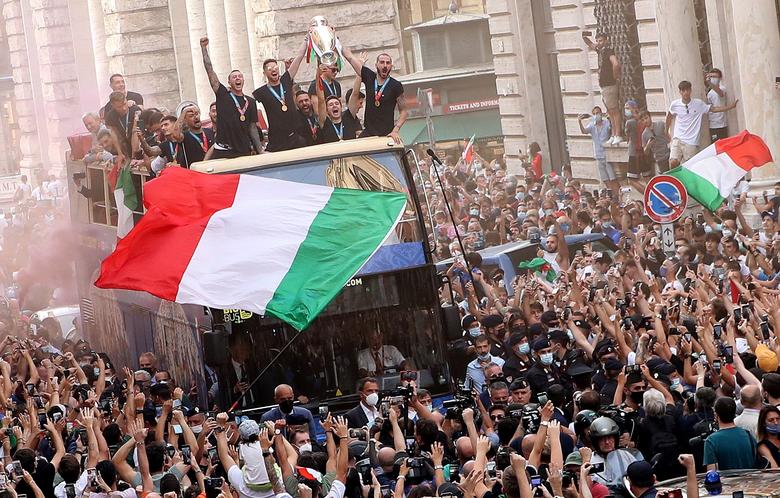 After a historic triumph at Wembley on Sunday, the Italian national team returned to Rome with the Euro 2020 trophy in their hands.

The Azzurri stars – including Juve’s Giorgio Chiellini, Leonardo Bonucci, Federico Chiesa and Federico Bernardeschi – were greeted by the ecstatic crowds in the capital, before presenting the trophy to president Sergio Mattarella.

Roberto Mancini and his men would then go on to a grand parade in the streets of Rome, as the celebrations continued until late night.

Our recap of a truly memorable day in the capital 🙌#Azzurri 🏆🇮🇹 #EURO2020 #VivoAzzurro pic.twitter.com/aVE8lImtgt

Juventus seriously considering Kaio Jorge – So how much would he cost?