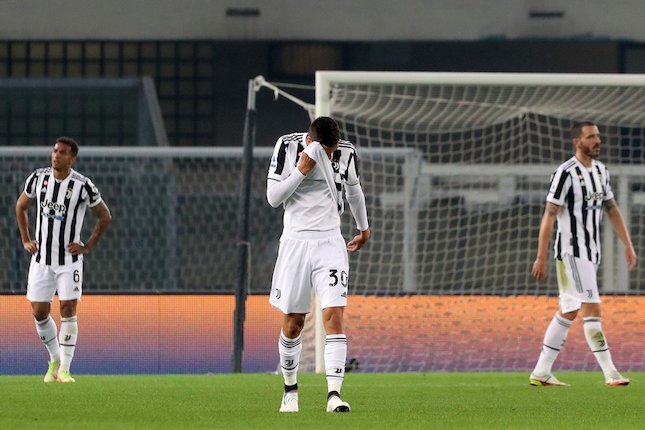 Chelsea have taken the 1-0 lead over Juventus after Trevoh Chalobah smashed it home, but Antonio Rudiger’s handball in the build-up should have been noticed.

VAR cannot overturn a handball in the build-up to a goal unless it is via the goalscorer supposedly, which is why the goal wasn’t ruled out, but that doesn’t make Juve fans any happier…

It was a great finish, and let’s face it, it has been coming, with Chelsea looking extremely dangerous as they pile forward at pace.

That goal means that Juve hold onto top of the group at present on goals scored in the entire group stage, but should we lose by more than one goal we will drop into second.

Video: Chelsea turn up the heat to make in 2-0 over Juventus