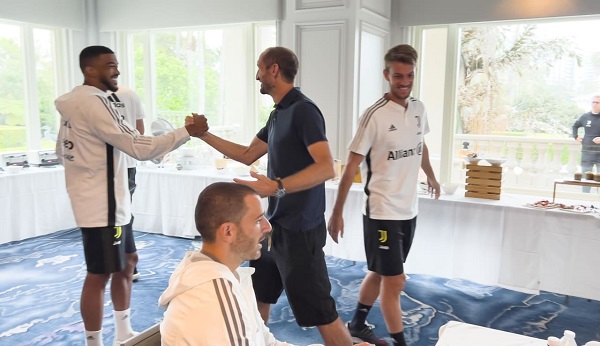 The 4th day of the Bianconeri’s US tour was surely an exciting one for Juventus players.The training session began with Giorgio Chiellini’s visit.

The former captain is already in Los Angeles having recently joined LAFC. His former teammates were delighted to see him, although they made some jokes regarding his lack of playing time. Weston McKennie gave him a typical Hollywood “run and hug”.

On another front, Max Allegri and Dusan Vlahovic renewed their training ground rivalry in a crossbar challenge with bare feet