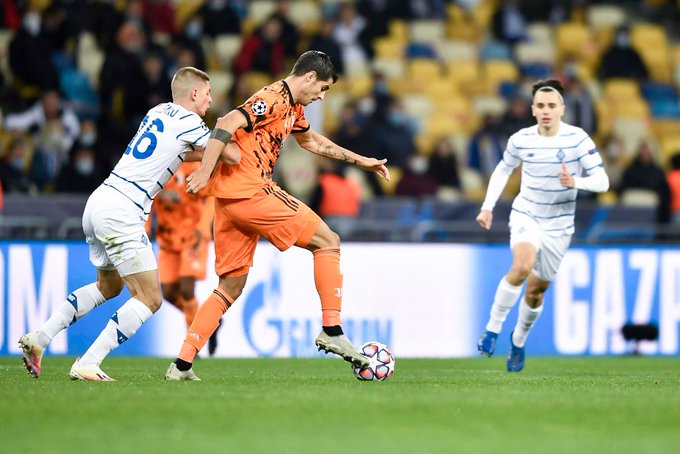 Alvaro Morata has kept up his goal-scoring form with the opener against Dynamo Kyiv in this evenings Champions League clash in Ukraine.

Morata was far quicker to the rebound following a decent save from Kyiv’s keeper Heorhiy Bushchan. There initially was a suspicion of offside but that soon dismissed.

Juve fully deserved the lead and that is now two goals in two games for the Spaniard who only just rejoined the club earlier this month.

Less than a minute into the second half, Juventus scores the first goal of the 2020-2021 #UCL group stage, with Alvaro Morata doing the honors