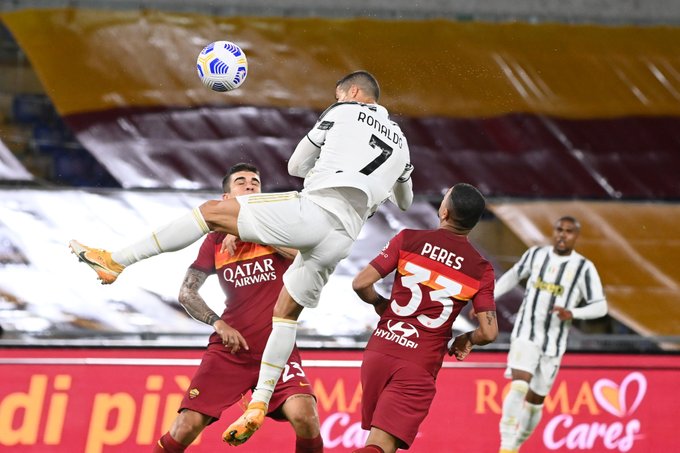 Juventus are level with Roma once again thanks to the one and only Cristiano Ronaldo, who scored his second with a brilliantly taken header.

The 35 year-old has matched Veretout’s tally for the hosts with his second of the match, and gives us a shining light of hope, shortly after Adrien Rabiot’s red card had left us expecting the worst.

CR7 jumps high in the box to latch onto Danilo’s perfectly weighted ball, and he makes no mistake in putting the ball out of reach of the goalkeeper.

With 20 minutes left to play, we still have every chance of winning this encounter, although Roma will be distraught to have lost from a winning position against our 10-men.

Cristiano Ronaldo with a brilliant header and Juve are level! 🔥

Like he did against Samp last season, Ronaldo leaps highest and then hangs in the air to connect with the cross 🙌 pic.twitter.com/GO7VlhTgvO

Can Juve share Rabiot’s blushes and secure the three points?