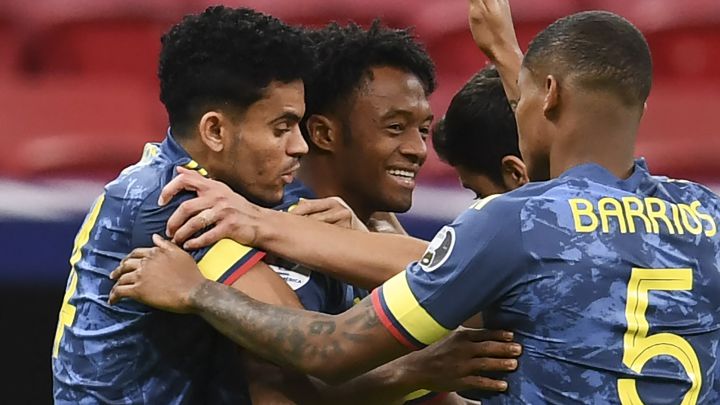 Juventus star Juan Cuadrado scored the goal to put his side level during last night’s Copa America third-place playoff, where Colombia claimed third after a 3-2 victory over Peru.

Our full-back has enjoyed a fine campaign for the Old Lady this term, despite our side struggling to maintain the highest of levels throughout a difficult season, and he continued that for his country.

Colombia can have no complaints about their finish in third, although they were unlucky to be knocked out of the main draw on penalties after putting up a strong showing against Argentina in the semi-final, despite being underdogs.

It was a neat comeback to earn their bronze medal however, and Cuadrado’s goal started it off, making it 1-1 just after the break with this free-kick.

Alex Sandro and Danilo’s Brazil will now contend the final with Argentina tonight, with the winner crowned champions of the Copa America.