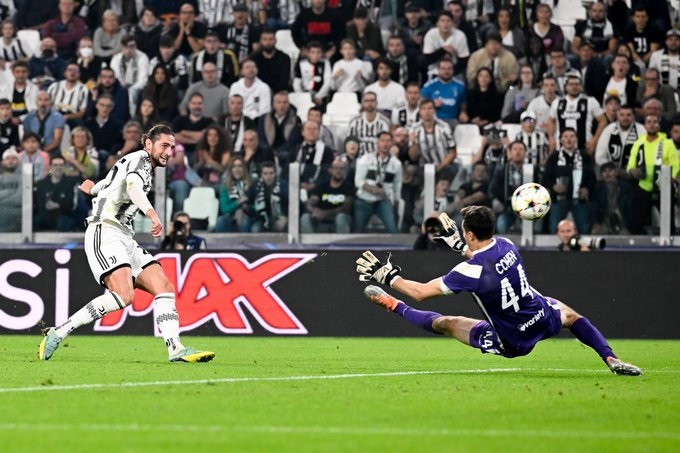 It took a while to come and thanks to a wonderful pass from Angel di Maria and a thumping finish from Adrien Rabiot, Juventus ended the first half one goal to the good over Maccabi Haifa in the Champions League this evening at the Allianz Stadium.

It was hardly vintage Juventus in that first half and the fans were clearly becoming restless but nerves have now been settled and hopefully, the lads will not revert to type in the second half and instead look for more goals.

Here is the goal and what a beauty it was.

Adrien Rabiot smashes the ball into the net. 💥 pic.twitter.com/yQFa6TUhK7