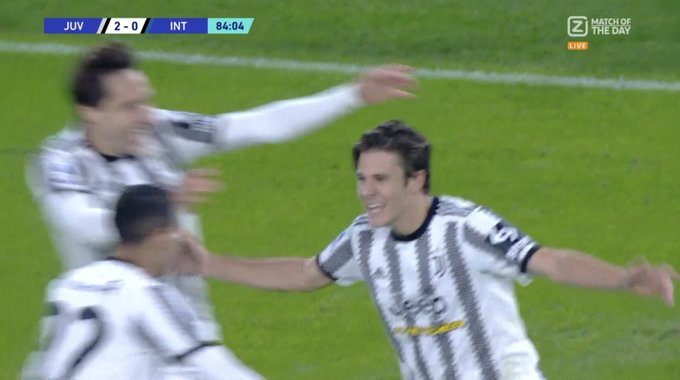 Nicoli Fagioli cannot stop scoring it seems with his second goal in as many games.

The 21-year-old has been given a chance by Max Allegri and he has sure taken it with both hands and has likely secured all the points for Juve this evening against bitter rivals Inter Milan.

It was a brilliant goal for the young man, though it may have taken a slight deflection on the way in.

It should also be mentioned that Felip Kostic got his second assist on the night as well.

What a story for 21-year-old Nicolò Fagioli! 🤍🖤

On his first Serie A start he completes another glorious counter attack for Juventus in the Derby d'Italia. pic.twitter.com/KPM2tHCPP6

Video – Watch Rabiot put Juventus one up against Inter Milan

Allegri reveals what he told Rabiot amidst Man United talks