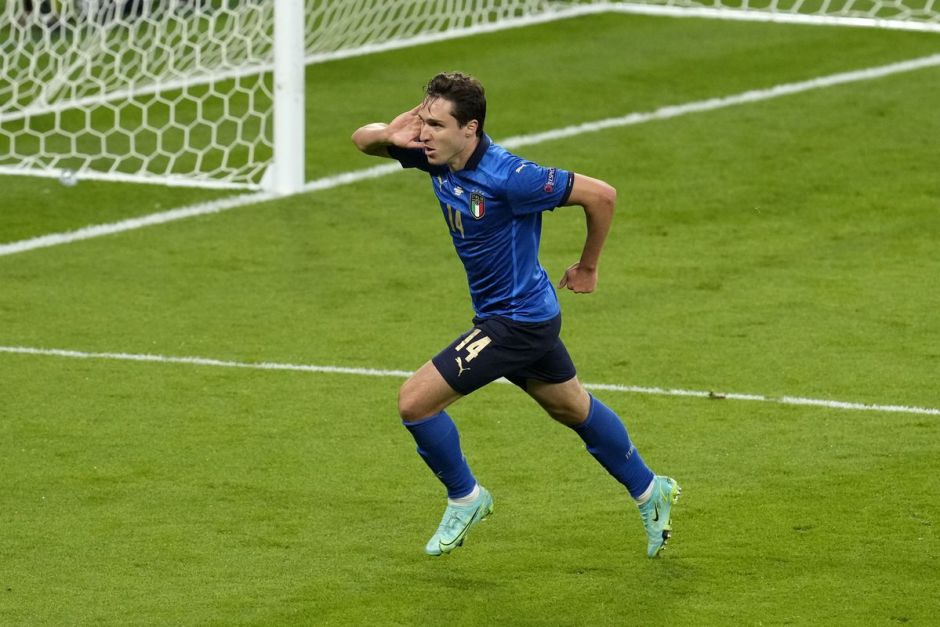 Juventus forward Federico Chiesa has fired Italy ahead after a fine team move in which he was heavily involved in the build up.

The winger made his mark for his country at Euro 2020, and has continued that fine run of form this evening in spectacular fashion, dribbling past a number of defenders before a one-two with Insigne before sending it home on the edge of the box.

We’ve since lost our lead shortly before half-time, but will be looking to get ahead once the second-half kicks off momentarily.