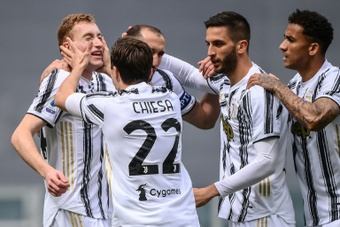 Prior to tonight’s Coppa Italia final between Juventus and Inter, the Bianconeri’s official Twitter account has been recalling some of our happy memories from the past editions of the tournament.

Last season, Andrea Pirlo’s men broke the deadlock against Atalanta with a fine curler from Dejan Kulusevski. La Dea managed to equalize through Ruslan Malinovskyi, but Federico Chisea snatched the winner following a fabulous give-and-go with Kulusevski, allowing Gianluigi Buffon to lift the trophy on his second Juventus farewell.

Vieri offers support for Vlahovic and explains his difficulties at Juventus