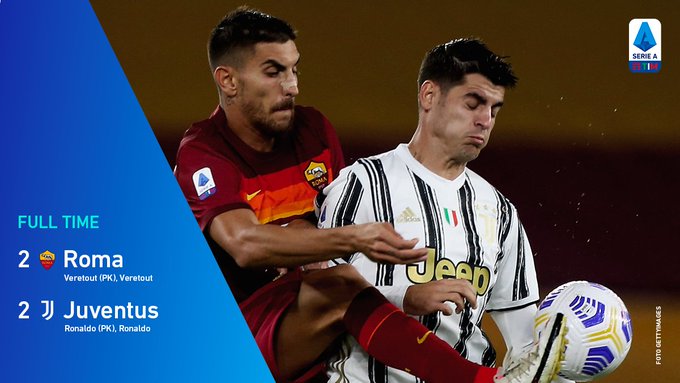 Juventus came from behind on two occasions last night in order to secure a point, with Cristiano Ronaldo and Roma‘s Veretout bagging a brace a piece.

Both sides opened their scoring from the penalty spot, with the referee having given two spot-kicks for handball at either end of the pitch.

Shortly after levelling the scoreline before the break, Roma hit us at pace to get in behind the defence, and that man Veretout found himself free in the box to beat Wojciech Szczęsny.

Despite falling a man behind after Adrien Rabiot picked up a second yellow card (the first came giving away the penalty), Ronaldo levels the scoring with a trademark header.

You can see all the highlights below from the exciting crunch encounter.

Did Juve wake up too late or did Roma deserve something for their performance?