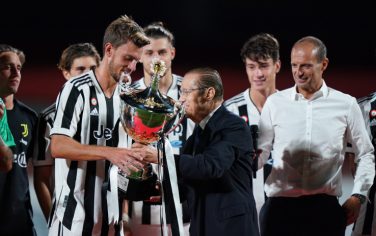 Juventus beat Monza 2-1 yesterday to claim the Luigi Berlusconi Trophy, with the highlights on show for you below.

It was goals from 20 year-old Filippo Ranocchia and 21 year-old Swedish sensation Dejan Kulusevski who moved to put the Old Lady 2-0 ahead before our rivals scored a late consolation goal which did tee up a nervy final few moments for the match.

The trophy has previously been contested by AC Milan and Juve via the club’s former affiliation with the Berlusconi family, but with Monza currently under Silvio Berlusconi’s reign, they invited us to bring the competition back this summer for the first time in six years.

We have just three weeks until the beginning of the Italian league, and this victory will hopefully have helped us to add some more match sharpness to the playing squad, although we are still without our Euro 2020 champions.