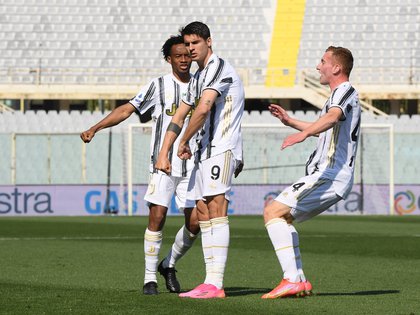 Juventus were forced to settle for a 1-1 draw with Fiorentina in Florence yesterday afternoon, and they can only blame themselves.

The Old Lady were second-best in the opening half, and could have little complaint about going in at the break trailing.

Dusan Vlahovic made the difference from the penalty spot with a cheeky Panenka, but as soon as Alvaro Morata entered the field, he managed to tie the scores.

Juventus’s place inside the top four is now at risk, with Napoli having the chance to kick us into fifth with a victory over Torino later on today.