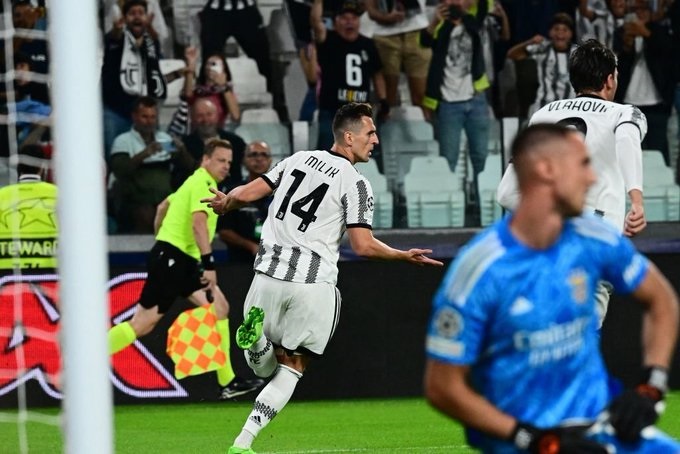 Arkadiusz Milik took less than four minutes to give Juventus a one goal lead over Benfica this evening at the Allianz Stadium.

It was a beautiful header from the Polish striker and he is fast proving what a brilliant signing he was.

Juve has got the lead now, let’s hope that they can keep hold of it and add to the scoreline as the match goes on. Three points are essential here and Milik has given us the best possible start.

Great cross and assist by Leandro Paredes for Arkadiusz Milik as he scores vs. Benfica!pic.twitter.com/KTGpNSSbIE

“At the team’s service” – Bernardeschi explains his mediocre Juventus stats