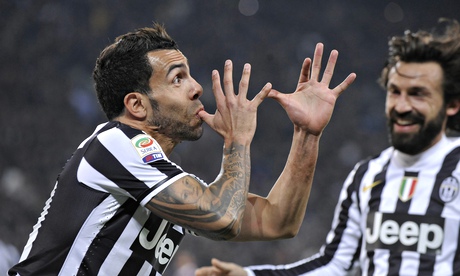 Video – On this day, Carlos Tevez scored the winner in Catania

On this day in 2014, Juventus made the trip south for an away fixture against Catania.

As usual, it was heated affair in Sicily, and both managers (Rolando Maran and Antonio Conte) received their marching orders. The encounter also included one of the famous battles between Giorgio Chiellini and Gonzalo Bergessio, with the latter getting sent off eventually.

Amidst a tough atmosphere, it was Carlos Tevez who scored the lone goal. Andrea Pirlo’s long ball was headed down by Daniel Osvaldo towards the Argentine striker. His shot wasn’t extremely clinical, but the power took it past the goalkeeper.

Young Juventus midfielder tipped to become the next Marchisio