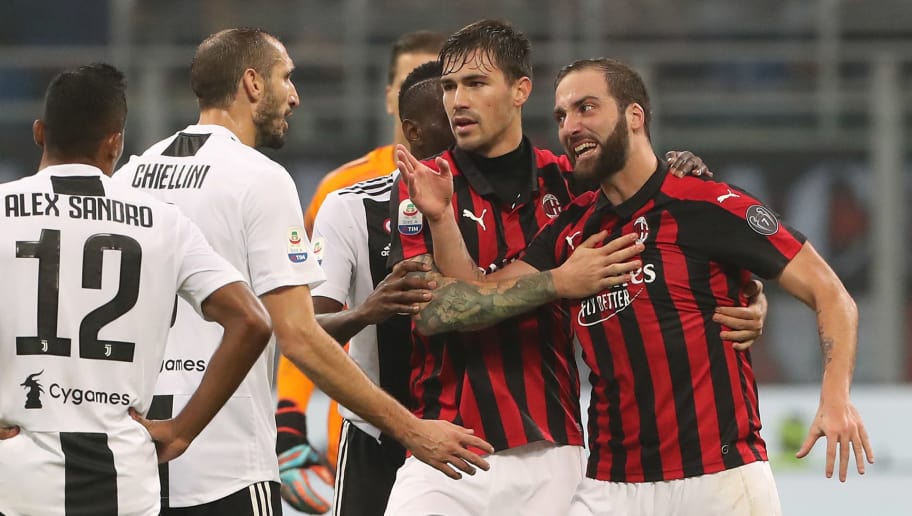 Video – On this day, Juventus beat Milan on a disastrous night for Higuain

On this day in 2018, Juventus clashed heads with their rivals Milan at the San Siro Stadium.

Alex Sandro’s wonderful cross found Mario Mandzukic at the back post, and the Croatian rose well above his marker to nod it home.

The Rossoneri should have equalized after earning a penalty kick due to Mehdi Benatia’s handball. However, Gonzalo Higuain couldn’t score against his parent club, as Wojiech Szczesny’s slight touch was enough to divert the ball towards the post.

Finally, Joao Cancelo pounced a loose ball and tried his luck from distance. Gianluigi Donnarumma tried to parry it away but Cristiano Ronaldo scored on the rebound.

At the end of the day, Higuain’s livid reaction to the referee’s decision earned him a red card, as it ended 2-0 in favor of the visitors.

Rummenigge shares his thoughts on Ronaldo’s exit, Bonucci and Chiellini