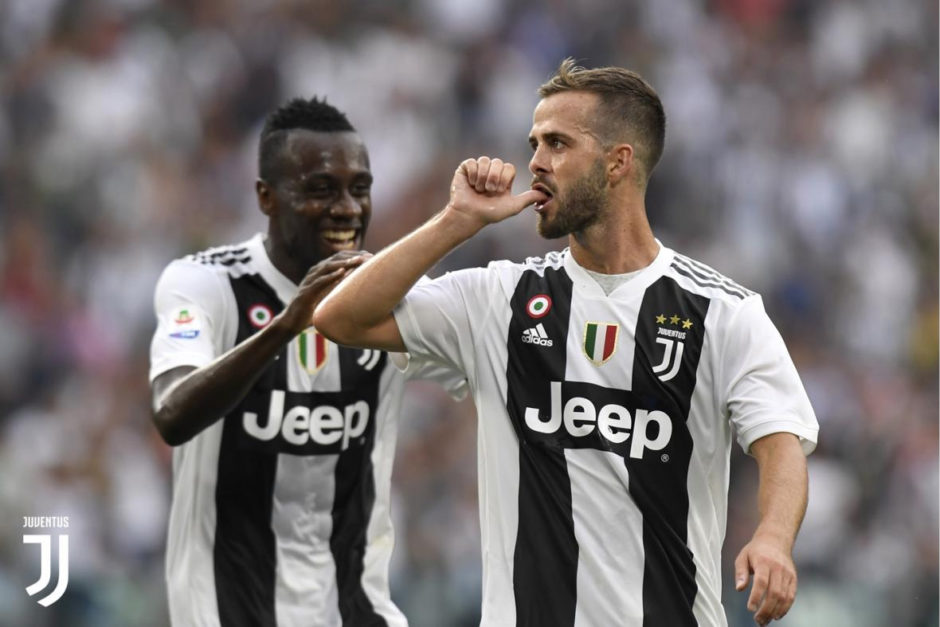 Video – On this day, Pjanic and Mandzukic sealed Juventus win over Lazio

On this day in 2018, Juventus played host to Lazio in what was Cristiano Ronaldo’s first appearance for the club at the Allianz Stadium.

While the Portuguese was eager to score in front of his new supporters, it was Miralem Pjanic who broke the deadlock with a splendid half-volley after pouncing on a poor clearance.

In the second half, Joao Cancelo tried to put his compatriot through on goal, but Thomas Strakosha arrived before CR7. Nonetheless, Mario Mandzukic managed to take advantage as he doubled the Old Lady’s lead with a smashing strike.

How would Juventus line up with their two expected newcomers?