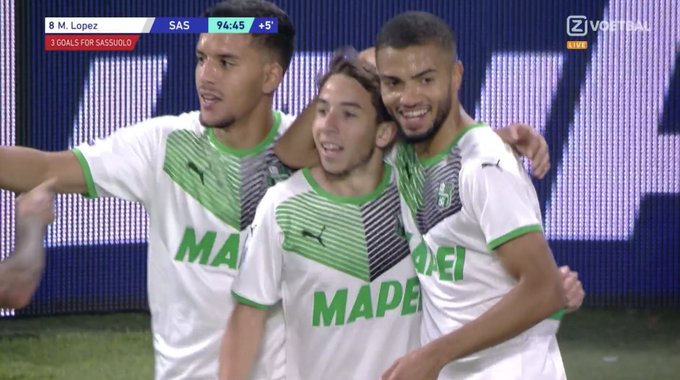 Juventus lack of clinical finishing has come back to haunt them with Sassuolo grabbing an injury-time winner at the Allianz Stadium and probably killing off any hopes Juve had of reclaiming the Scudetto this season.

Juve had their chances but the final ball was always found wanting and it was a misplaced pass that gifted the possession to the black and greens and Maxime Lopez was left all alone after Juve committed far too many men forward and the Frenchman kept his nerve to earn his side all the points.

Sassuolo snatch three points at the death in Turin! 😳

Juventus commit too many players forward when hunting for a winner and it costs them dearly! 😬 pic.twitter.com/A5kG3CZVT1