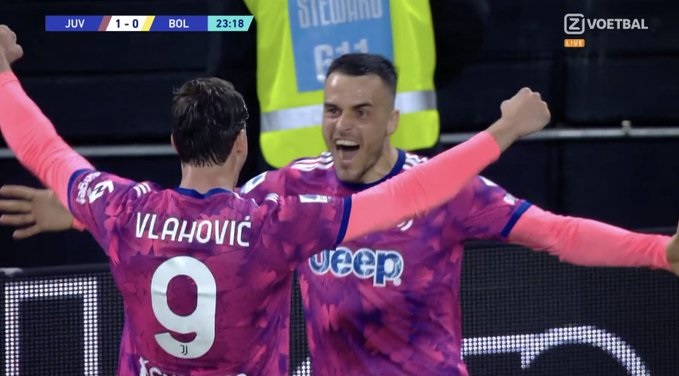 Video – Serbian connection puts Juve one up against Bologna

It was 24 minutes of frustration for the home fans but the Serbian duo of Dusan Vlahovic and Filip Kostic combined to put Juve one up against Bologna at the Allianz Stadium this evening in Turin.

Kostic got the goal after being fed by his compatriot Vlahovic and it was fully deserved, hopefully, this goal will settle the nerves and the boys can kick on and extend their lead before halftime.

Watch the video below, I am sure you will enjoy it.

Bologna are punished on the counter attack as the Serbian opens the scoring in Turin. pic.twitter.com/9kqCSyvh8M