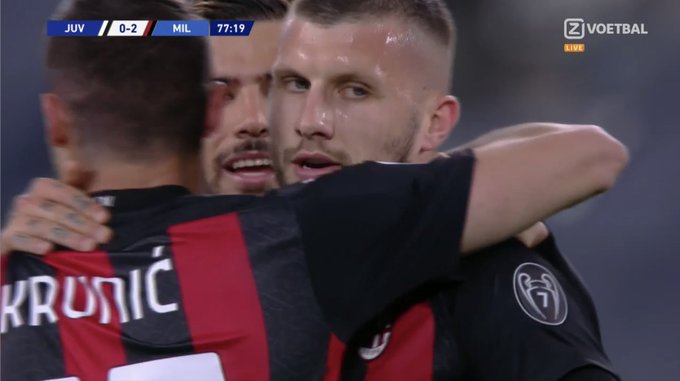 Well, it was coming, wasn’t it?

You would have thought it was AC Milan that was a goal down at half time the way the game has unfolded in the second half.

Juve have been devoid of creativity, vision and urgency and truth be told, they probably deserve to be losing.

The goal was brilliant from Ante Rebic, he smashed it from distance and it just flew in, Wojciech Szczęsny stool absolutely no chance of stopping it.

Ante Rebic rifles one into the top corner! 🚀

Milan on the verge of a momentous win against Juventus 🔴⚫ pic.twitter.com/UzQVHYC2fr