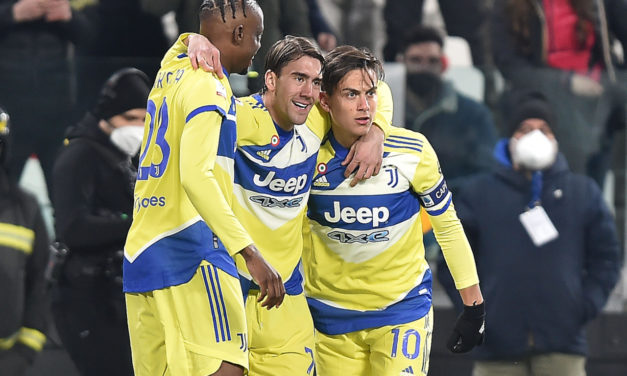 Video: Vlahovic sets up semi-final clash against his former side with late winner

Dusan Vlahovic sealed the win for Juventus with a very late goal to see that his side will now face Fiorentina in the semi-final of the Coppa Italia.

La Viola overcame Atalanta earlier on today with a very late goal of their own, scoring in injury time to seal a 3-2 victory, before seeing their former star beat the Sassuolo defender deep into the 90 minutes and seal’s Juve in the last four of the competition also.

That is two goals from two appearances in my eyes, even if today’s strike does go down as an own goal, and he is already proving his worth to the club.