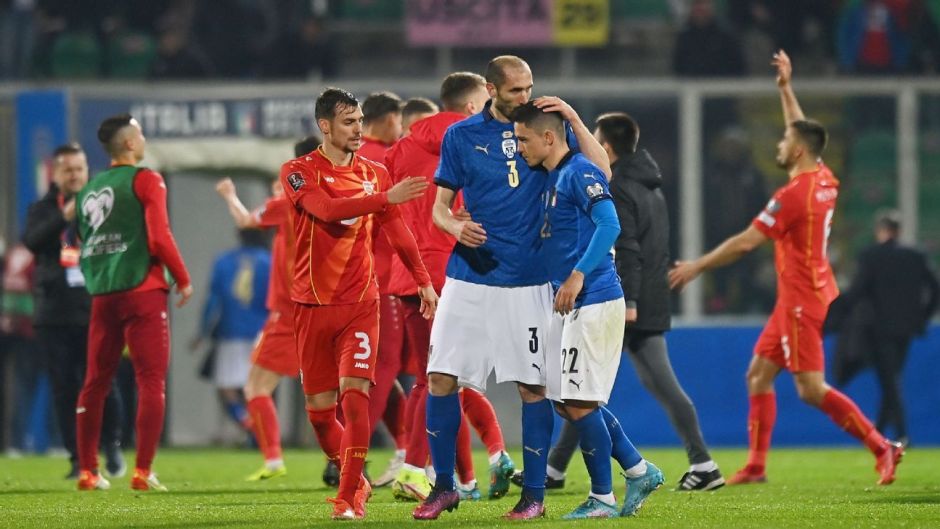 North Macedonia have eliminated Italy from World Cup qualifying with a very late goal, in a game which we will rue our missed chances.

The likes of Giorgio Chiellini and Leo Bonucci will likely be the most devastate with the result, with this tournament likely to have been their last chance to add to their international trophy hauls as they close in their retirement, while Federico Chiesa, Moise Kean, Mattia De Sciglio and Federico Bernadeschi will not be best pleased at missing out either.

Italy will really rue the raft of chances which they failed to put away, having been heavily dominant throughout the 90 minutes, only to be eliminated by a great effort in injury time.

Questions could well be asked of manager Roberto Mancini despite leading us to glory in the European Championships in the summer, with this disappointing blow possibly one which will be hard to forgive.

Juventus forced to withdraw from defender chase after excessive demands