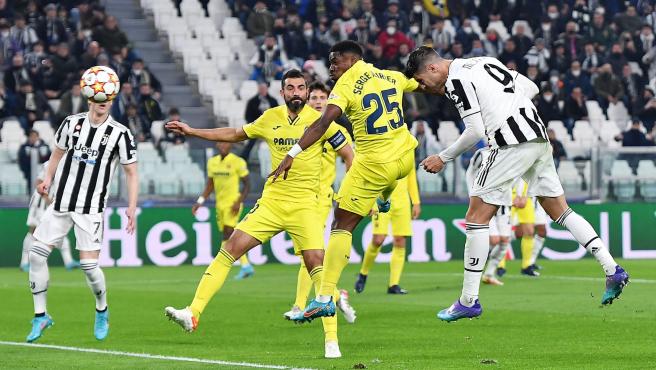 Juventus will be left bemused after going down as 3-0 losers at home tonight, with Villarreal moving through into the last eight of the Champions League.

The Old Lady will be particularly frustrated having been the better side for much of the match, with Alvaro Morata and Dusan Vlahovic both forcing their goalkeeper into saves, while the Serbian was also denied by the crossbar in the early exchanges.

While we dominated much of the possession, we continually lacked that one final ball which would have put the goal on a plate, although some of that can definitely come down to a strong defensive display from the Spanish giants.

Dusan Vlahovic also had another decent effort early into the second-half, although he may have felt like he was being forced to try and make something all by himself, with our side simply not doing enough in the final third.

The real pain came after 75 minutes when VAR stepped in to rule that Daniele Rugani had fouled his man in the penalty area, and the recently-introduced Gerard Moreno just beat Wojciech Szczesny to the goalkeeper’s left, although he could maybe have done better also.

We were then forced to push up and desperately seek out an equaliser with the clock running on, and while we needed some magic at one end of the field, we were punished again at the other.

This time Pau Torres was found with a whipped in cross for him to clip side footed into the net from close-range after hitting us on the counter attack, leaving us pained at the reality of knowing we now needed two goals in under five minutes of normal play just to go into extra-time.

Around the 90 minute mark things got worse again, with our players focused on getting on the scoresheet, and while the visitors had the ball in the bet once more, the whistle had already blown for a De Ligt handball after he threw himself to the floor to block the shot, with his arm denying the goal, and they didn’t mistake from the spotkick this time around either.

This performance shows that it isn’t enough to just rely on the likes of Dusan Vlahovic in attack, and we simply have to find the balance of the entire team, and I hate to say it, but Adrien Rabiot and Arthur seriously let us down once again.

Video: Juventus punished late on as they sit on the brink of elimination

Zaniolo to Juventus? The Italian already has allies in Turin