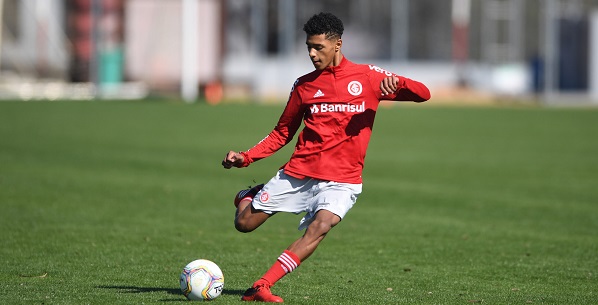 Brazil never runs short of producing talented youngsters and Juventus will like to have a share of that.

They have watched as Real Madrid has landed the likes of Rodrygo and Carlos Vinicius in recent windows.

Neymar was also a prodigy in Brazil before sealing a move to Barcelona and now PSG.

The next youngster that might move across the ocean to Europe is Vinicius Tobias and Juventus wants to sign him.

This is what Calciomercato is reporting as the transfer window draws closer.

The 17-year-old currently plays for Internacional as a right-winger.

The Brazilian side knows that they have a jewel on their hands that would bring different top European teams to their door soon.

He can spend some years back in his home country to continue his development, but that would depend on how strong the interest in his signature is.

The report says that several top European teams want to sign him but Juve is hoping to win the race.

The Bianconeri will have to try their very best to sign him because the report says he will only join the team that offers the best deal.