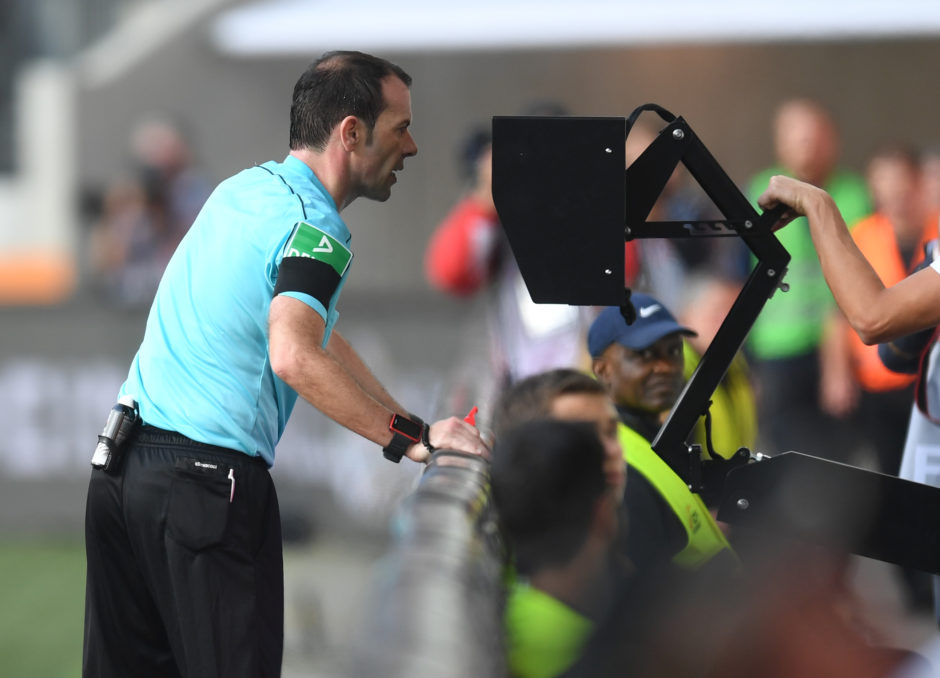 In the summer the FIGC made the move, along with the German Bundesliga, to use video assistant referee (VAR) to help eradicate the inconsistencies from the game. My initial thought was it would sterilise the game and deprive it of those contentious talking points. For a moment imagine what would’ve happened had this been used when Geoff Hurst scored his second in the 1966 World Cup Final. Would England have won the game? Sir Geoff wouldn’t be the proud holder of the only player to have scored a World Cup Final hattrick. Similarly, Thierry Henry’s handball for France against Ireland in the 2009 World Cup Play Off would possibly, been spotted and thus footballing history would’ve been altered. I say, “possibly spotted” as the use of VAR this year in Serie A hasn’t always been a smooth, technological advance, as we’ll find out. Nevertheless, these are the decisions which make us rant, scream and, if I’m French and celebrating qualification to the World Cup on the back of a missed handball, deliriously happy. Referees in Serie A are usually viewed by the fans, a superstitious and almost paranoid bunch, as corrupt until proven otherwise. The exception to this opinion appeared to be legendary referee, Pierluigi Collina, and it wasn’t until he retired that the Italian media turned on him, but I digress, the use of VAR was supposed to help alter that opinion.

For those of you not in the know regarding how and when the VAR can be used, here goes (there are some Serie A referees who would benefit from reading this too);

The use of VAR has mostly been positive, over the opening weekend of the season during the Napoli/Verona, Sampdoria/Benevento and Inter Milan/Fiorentina games, it was used effectively to confirm goals and award penalties. On the same day a Crotone player was sent off after a foul was initially only deemed worthy of a yellow card. As we know during the same weekend the first VAR decision made was at J Stadium as Cagliari were awarded a penalty against Juve. A slightly contentious decision by the referee as Alex Sandro certainly did step, albeit slightly, on the foot of Duje Cop. Buffon saved the penalty (an awful penalty attempt, by the way), the question is was it a foul? The referee was right to use VAR but on this occasion, I don’t think he made the correct decision, Sandro certainly didn’t impede the player to the point where he wasn’t able to move into a goal scoring position or control the ball sufficiently.

You’ve read the rules, all straightforward, no? It’s also useful to know that a player can be cautioned for protesting for the VAR to be used, like encouraging the referee to book someone after a foul. Now I’m certainly no Serie A expert, outside of Juve and maybe the odd round of goals I come across on Twitter, I won’t go out of my way to watch a game live, that’s just me. However, I’m sure this has happened before now because we all know what modern football is like; I guarantee you players have already been protesting furiously for the referee to consult the VAR. Atalanta players were haranguing the referee after Mandzukic’s ‘goal’ on Sunday (more on that soon). Reverse the roles in the same game, Alejandro Gomez clearly dived, or I should say fell over because of minimal contact (basically a dive), there wasn’t any significant protest from Juve at the time and not when the resulting free kick was poorly defended and they scored their first goal, as Atalanta did after Juve’s third goal. If Mandzukic’s goal had stood the game would’ve been over and Juve would still be top of the league. In my opinion Atalanta were fortunate to be level at any point, yes they’re due credit for their character after being two down so early, but they were only in the game with help from the referee, the love-fest with Atalanta in the days following the game is a little over the top. I admire their league place last season and their performances so far in the Europa League, but it’s all gone a little mad this week. Incidentally I disagree with the decision to award Juve a penalty late on in the game, again another dubious VAR decision. The point we learn from this is it seems the fact the decision is ultimately in the hands of a human is the problem, I’ll explain in more detail below. We also must think about the referee in this situation, he would lose some pride and some questions around competency could be raised (remember the fans’ opinion of referees in Italy); he has to overturn his original decision, one would think if he cannot make a sound split second decision (a skill in itself) how many more has he got wrong over the years and why is he second guessing himself? If he awards a penalty in real time, there’s very little chance he’ll overturn it.

The big issue I see and it’s certainly open to interpretation (never a good thing where rules, and potentially goals and league places are concerned) is when a goal has been scored after a foul has been committed. Going back to the Atalanta/Juve game and specifically Mandzukic’s goal which was ruled out because of a foul after the referee consulted the VAR, the foul occurred a full 15 seconds before the goal was scored, thus giving Atalanta plenty of time to prevent it. The question is here, where does one draw the line with fouls leading up to goals? How far back in the game do we go? This could get out of hand and lead to all sorts of protestations both on and off the field. Either way on this occasion the use of VAR was only considered because of the protests by the Atalanta players, you’ll remember this is a bookable offence now.

There were more problems during another Juventus game, this time away to Genoa in late August, having taken the lead courtesy of a Pjanic own goal after 19 seconds, Genoa were awarded a penalty by the VAR, again the decision was questionable, it appeared Andrey Galabinov was stretching for the ball and Rugani clipped his ankle. Having originally not given it the referee, clearly not convinced by his decision, consulted the VAR. The problem with this is twofold, first it wasn’t a penalty, the second is the player was offside at the time. Upon review the referee would clearly have been able to spot both. Fast forward to later in the half, another dubious decision, this time a handball, and another penalty, this time in Juve’s favour. The common theme with these types of decisions, including Juve’s penalty at Atalanta, is we are relying on the referee, with the benefit of a replay, to make the correct decision. This is obviously subjective but I am always willing to be pragmatic about the situation, if he makes the correct decision, whether for or against Juve, it’s fine by me.

There is also the issue of exactly when it should be used, I’ve mentioned the disallowed Mandzukic goal because of a foul around 25 minutes before it, but there have been clearer cases where penalties should’ve been given at the time of foul. I am referring to the game between Fiorentina and Atalanta (them, again!), two penalties should’ve been given to Fiorentina, no question, one for a shirt pull in the box and one for a diving lunge by the keeper against an oncoming forward. Both penalties, but no VAR consulted. Again, we are relying on a human making the decision to use it and using it sensibly to make the correct decision. It’s by no means a perfect system but one, given time, will be more refined. However, I think some clarification of the rules surrounding where the cut off point is for a foul leading before a goal, there should also be some clampdown on players protesting for its use; let the referee do his job. This in hope rather than expectation as the FIGC are known to be both inconsistent and unprofessional at times.

Taking a couple of quotes from Juve it seems not everyone is okay with VAR. After the Genoa game Buffon said “We were told it would be used sparingly, in a fair and logical manner. Instead, it’s like we’re playing water polo. It’s making the game ugly.”, quite right, who wants to watch water polo?! After Sunday’s game, Allegri said “If we want football to be a sport that is no longer a sport, then use VAR on every incident. However, if we get to March where every point becomes decisive, then games can last three or four hours.” Allegri also referred to video replays in US sports. Interesting one, as an avid US sports fan I can see how the use of instant replay technology works in conjunction with the game, there are natural stoppages in play and having one or two more per half doesn’t seem so bad. Football is a different game, we’re not used to stoppages like this where absolutely nothing happens. In rugby, fans are kept up to date with what is happening via the stadium address system where they can hear what the referee and VAR are saying, something for the FIGC to consider, it would also help to eliminate some of the conspiracy theories surrounding referees, their actions and motives.

So, my initial reservations of VAR taking the life and talking points out of football have been blown out of the water. If the first seven weeks of the season are anything to go by it has created more talking points than ever before. The real uproar will be when a league title or cup win is decided by VAR.

Romano confirms agreement between Juventus and Fiorentina over Vlahovic transfer

Del Piero: ‘Dybala could stay at Juventus for life’

Milinkovic-Savic agent: “Juventus? He is happy at Lazio”