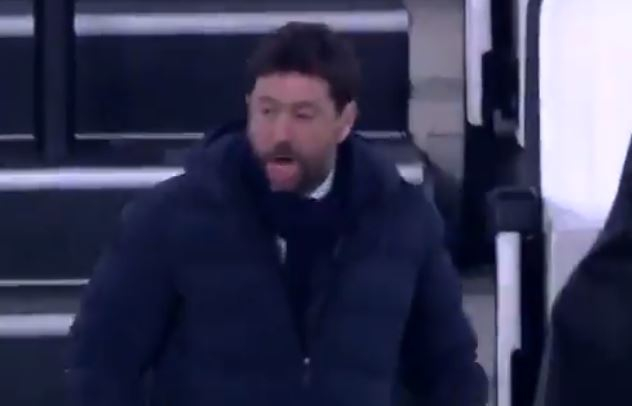 Antonio Conte and Andrea Agnelli embroiled themselves in an expletive argument during the Coppa Italia semi-final between Juventus and Inter Milan last night.

There was what Conte believed to be a certain penalty in the opening half, which triggered the explosive manager, although video evidence shows that a penalty was not deserved.

The facts are irrelevant in the aftermath however, and you would imagine that the Italian boss will find himself in hot water after his reaction to the defeat, especially as he is spotted showing the middle finger to his former boss Agnelli.

How does the Italian Federation, European Union and FIFA accept this immoral and reckless behavior of the Inter Milan coach and what are the penalties that will be taken against this impolite person
⬇️ pic.twitter.com/pvxCQa0sAi

Will the Italian FA be forced to take action?