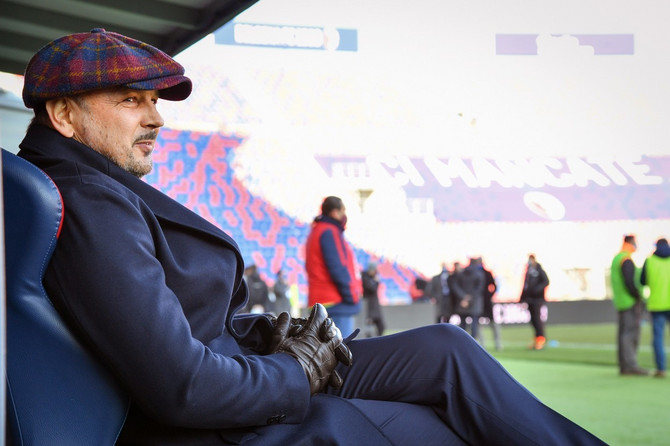 Sinisa Mihajlovic says his team could have taken advantage of Juventus’ sloppy first half to get something from their game this afternoon.

Juventus earned a 2-0 win over the Rossoblu, a result that helps them close the gap to the top of the league table after Inter Milan and Milan dropped points this game week.

Juve didn’t start the game well, and they could have allowed Bologna to get something in the game on some occasions, but the visitors failed to take their chances.

They would eventually fall to two goals from Arthur and Weston McKennie, but Mihajlovic says it was a psychological problem that cost his team.

He said that Juve didn’t start the match in a good way, but his team also didn’t believe that they could get at the defending champions.

They should have upped the tempo of their game to try to rattle Andrea Pirlo’s men, but they never did that, and it cost them.

“We didn’t believe enough in the first half, as they were playing below par and we didn’t raise the tempo either,” Mihajlovic told DAZN via Football Italia.

“I think the equaliser was in the air, but then during our best moment, we conceded from a corner. Juve deserved it, we did well, but were always lacking something to finish those chances.

“We did try to press them, and Arthur could’ve had a second yellow card for a tactical foul to change things even at 2-0.

“It’s the usual problem, we get into the final third and then don’t make the right choice, the right pass, the right shot. It’s frustrating. At the same time, Wojciech Szczesny also made a few fantastic saves.

“If we had a player who had more of a presence in the box, it might see us not create as many chances, so it’s a balancing act.

“I know we will put in the performance on a technical level, but it’s the psychological level where we are lacking. We need more belief, more courage, to take responsibility and be more determined in front of goal.”