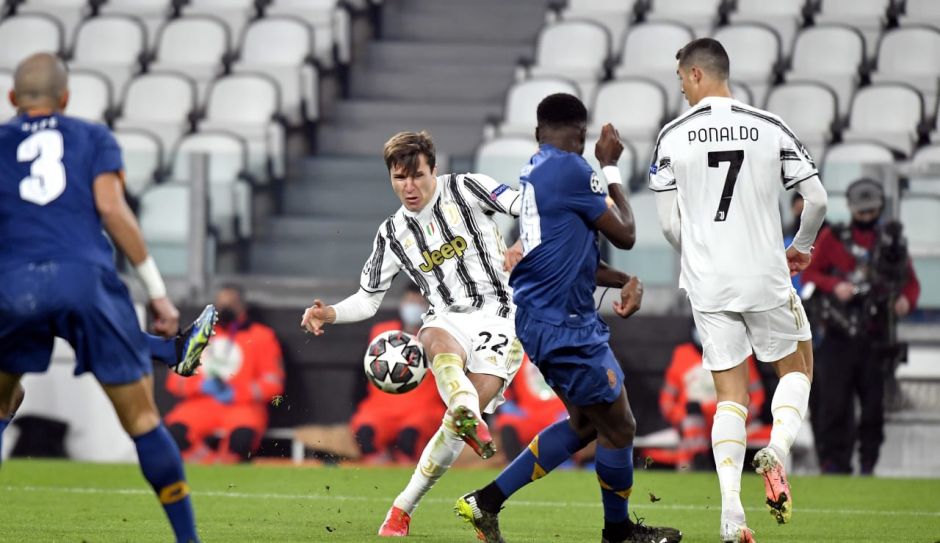 Federico Chiesa did all he could to help his side reach the next stage of the Champions League, but his Juventus side failed to overcome Porto.

The Italian midfielder scored all three of the Old Lady’s goals during the initial 180 minutes of action to see his side level after being both 2-0 and 3-1 down during the clash to take them into extra-time.

Chiesa was replaced with the scores level during ET however, before his side went onto be eliminated, and he didn’t take any positives despite being praised on his performance.

“It’s nice to be praised on your performance but I have nothing positive to take home tonight,” Chiesa stated after the final whistle (via Juventus.com). “I’m really disappointed because I think we deserved to go through, especially after our second-half display. We mustn’t make excuses, though: we should have gone through and we didn’t.

“Now we have to focus on Serie A and the Coppa Italia final. I still believe we can win the Scudetto and we must bounce back with a big performance against Cagliari.”

Juventus had more than enough chances inside the 90 minutes of the second-leg to close out the fixture, with Alvaro Morata, Cristiano Ronaldo, Juan Cuadrado and Chiesa all having chances to put the game to bed, while the latter pair both struck the woodwork with attempts also.

It is a painful exit in a match we know we could have won, and we will now have to suffer through finger-pointing and speculation on the futures of the manager and certain players.

Will the team be able to focus ahead of the weekend’s match with Cagliari or will it be a big ask to pick themselves up after such a defeat?