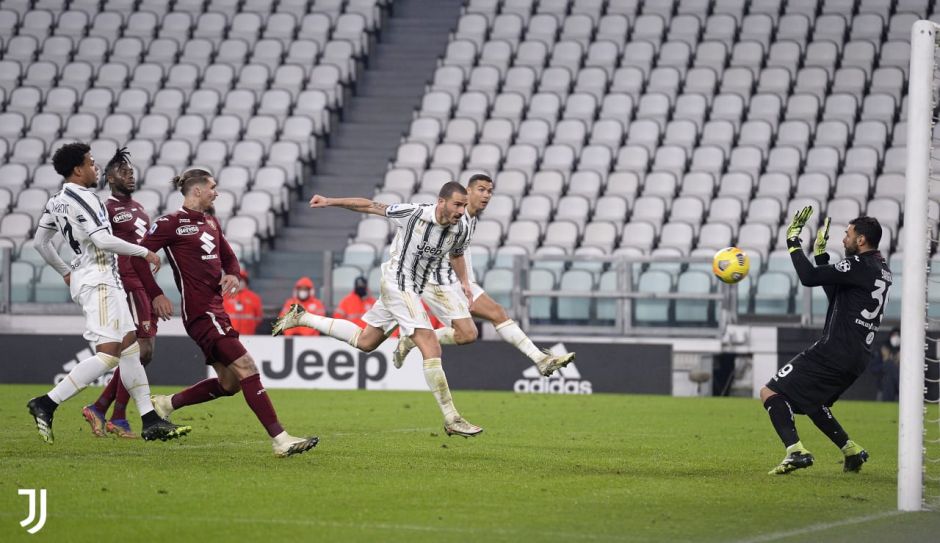 ‘We rediscovered our desire’ claims Bonucci after derby win

Juventus defender Leonardo Bonucci claims that his side ‘rediscovered’ their hunger and desire in order to fight back from a losing position against Torino.

The 33 year-old was the stand-in captain yesterday as our side overcame a 1-0 deficit in the Turin derby, and the veteran scored the winning goal also.

Our side was put behind inside the opening 10 minutes of action, when Nicolas Nkoulou was first to get to the loose ball in the box after the corner, and we spent much of the half struggling to hold onto possession.

We took a little while to kickstart ourselves in the second-half also but the team was improving, and finished the game with a flourish, scoring twice in the last 20 minutes to clinch all three points.

Bonucci now insists his side had to re-find their hunger and desire to snatch the result in the derby.

“We have huge respect for Torino, but we weren’t switched on in the first half, Bonucci said after the match (via Juventus’ official website).

“We were much too slow and were second best in the tackle. They kept winning the second balls and our passing was sloppy…

“They set up to play on the counter and we allowed them to do so. In the second half, we rediscovered our desire, hunger and cutting edge in the tackle. We played the ball shorter and our movement was better. That’s what we always have to do and that needs to be imprinted on us, not in our heads, but in our hearts.”

All-too often of late, our team isn’t getting going until the second half, and luckily this time it hasn’t cost us any points.

We keep showing glimpses of breaking into serious form, but we just can’t seem to get out of first gear in the early stages of matches, and there needs to be more focus over the full 90 minutes.

The fightback and the win were extremely important however, and while it is great seeing the team bring that passion to secure the victory, I need to see more complete performances.

Can this sort of performance kickstart a season?

Juventus youngster is performing well in his second loan spell