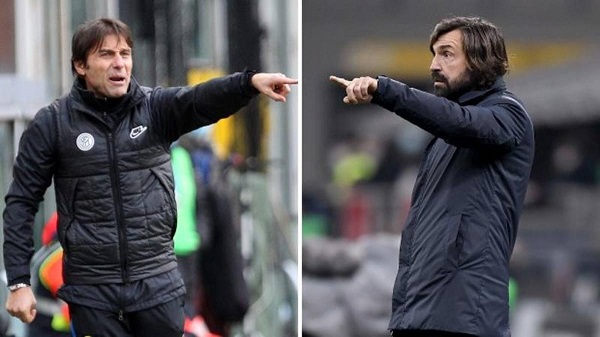 Antonio Conte knows beating Juventus two weeks ago doesn’t make the Bianconeri a weak team, and he is preparing his players for another tough game tonight.

Juve faces the Nerazzurri in the semifinal of the Coppa Italia, and they will play the first leg tonight.

The Bianconeri will be facing a team that beat them 2-0 when they last met, but this time, they cannot afford to lose again.

They have 180 minutes to eliminate their title challengers from the cup and reach the final.

Andrea Pirlo wouldn’t want to lose two consecutive games to the same opponents at this stage of his managerial career, and Conte also expects a difficult game.

He was speaking ahead of the match and said that his team has to show great respect to the Serie A holders.

He then adds that they would have to be perfect before they can come out of the encounter with a victory.

“There must be great respect for a very strong team. We’ll need to make a great game,” Conte told Rai Sport as quoted by Football Italia.

“The qualification will be played over 180 minutes as it happened last season with Napoli, when we lost at home 1-0 and then drew 1-1 at San Paolo. We must try to do our best, we must be good,” the coach added.

Image: Confirmed Juventus team to take on Inter this evening