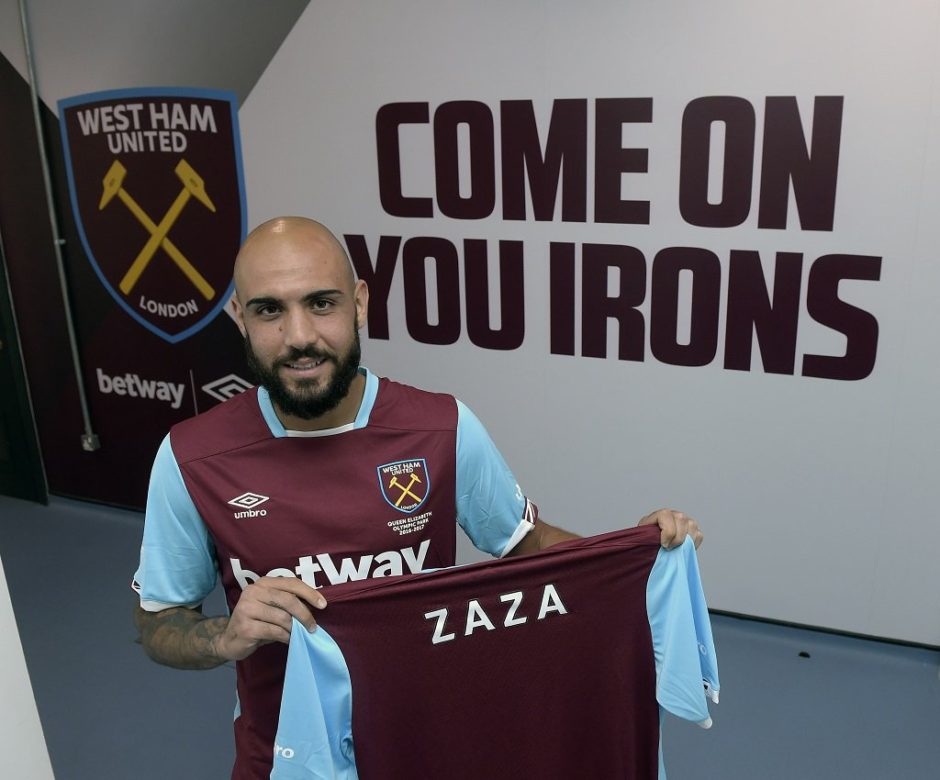 Simone Zaza has completed a loan transfer to West Ham United with an obligation to buy set at €25m.

While both clubs are yet to release an official announcement confirming the transfer, the son of West Ham owner David Sullivan released details of the transfer on Twitter:

5m loan fee, if he plays a small number of games it becomes a permanent 5 year deal and we pay another 20m euro plus additional add ons

Zaza will initially join West Ham on loan for €5m with a mandatory obligation to buy after he plays a certain amount of games – The Hammers will then pay a further €20m to make the move permanent, as well as assorted add-ons at a later stage.

Cheeky shot of the big man and zaza 😝 from yesterday! pic.twitter.com/uocbGiTnXZ

The Italian striker flew out to London on Friday to finalise the move and the official details of the transfer are expected to be announced by both clubs later today.

Zaza scored 6 goals from 17 substitute appearances last season, including scoring Juve’s only effort in a season-defining victory over Napoli.

Juventus Football Club can today confirm that Simone Zaza has joined English Premier League side West Ham United on an initial one-season loan deal for a fee of €5 million.

Providing Zaza makes a certain number of first-team appearances during the 2016/17 campaign, West Ham will definitively acquire his registration rights for €20 million, to be paid in two financial years.

The overall fee of this permanent transfer may increase by a further €3 million should certain conditions stipulated within the agreement be met.