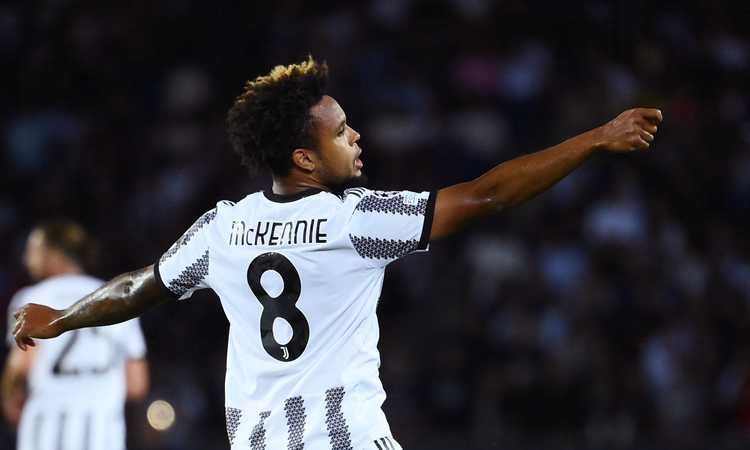 Despite rejecting Aston Villa and Bournemouth, Weston McKennie could still end up playing at a mid-to-low table Premier League club. As reported yesterday, Leeds United have entered the fray for the American international.

The American is deemed to be surplus to requirements at Juventus following the emergence of Fabio Miretti and Nicolò Fagioli, although he’s currently featuring as a makeshift right wingback in the absence of Juan Cuadrado and Mattia De Sciglio.

Moreover, it appears that the negotiations between the two clubs are rapidly advancing, as reported by transfer market expert Fabrizio Romano.

The Italian journalist adds that the Whites are also concurrently discussing personal terms with the midfielder.

However, Romano reveals that Leeds have an alternative in the form of Azzedine Ounahi. The 22-year-old rose to prominence during the recent World Cup as a pivotal member of the Moroccan national team which went on to reach the Semi Finals.

Talks ongoing between Leeds United and Juventus on conditions of Weston McKennie deal. Discussions also on player side over personal terms. ⚪️🇺🇸 #LUFC

The other option for Leeds is Azzedine Ounahi from Angers. pic.twitter.com/ZApMtWMfk0

McKennie had initially signed for Juventus in 2020 after catching the attention of then-sporting director Fabio Paratici during his time at Schalke. Most observers believe that the Texan is still holding out for a reunion with the former Juventus official who’s currently in charge of Tottenham Hotspur.

Nonetheless, the Spurs are yet to make a concrete approach, which could prompt the player to entertain other proposals, including the one from Leeds.