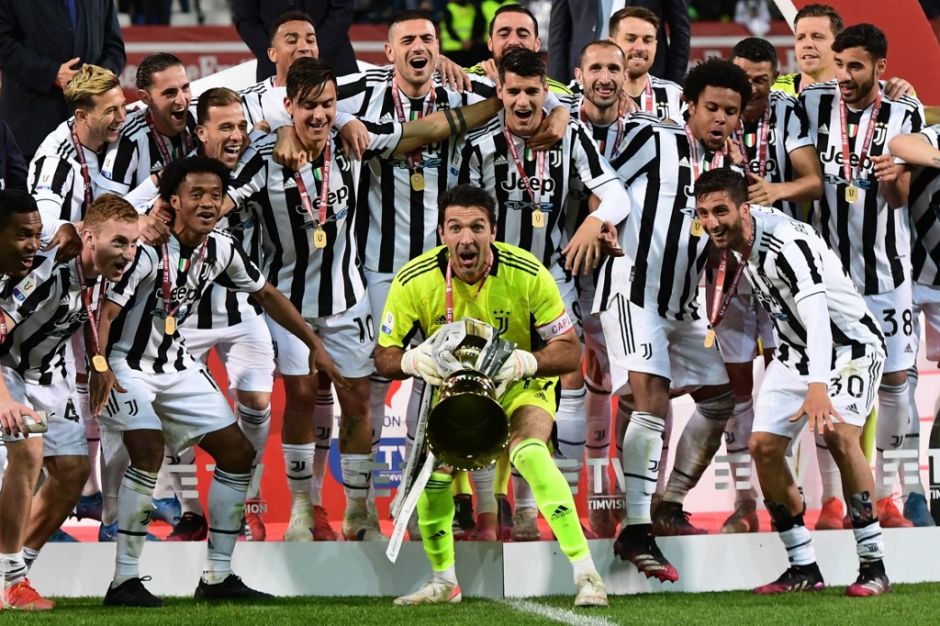 ‘What a legend Buffon is’ – Chiesa opens up on repeating history

Federico Chiesa has hailed the career of Gianluigi Buffon, highlighting how amazing it is that he was able to win the Coppa Italia alongside a player who also won the trophy alongside his father.

Enrico Chiesa was up front as Parma overcame Fiorentina back in 1999 with Gigi between the sticks, and the striker’s son Enrico not only started against Atalanta yesterday in this year’s edition of the competition, but he scored on way to lifting the Man of the Match award also.

Federico opened up on the match, and admits that while both sides played to a great level, our second-half performance made all the difference.

“It was an intense final,” He told reporters after the final whistle(via Juventus.com) we give credit to Atalanta who played a great match, but Juve made the most of their experience and we took home a very important trophy. We returned in the second half with a lot of intensity and a lot of desire, we were good at accelerating and we took home the victory.”

The winger went onto praise the goalkeeper who is set to leave the club this summer, admitting that he spoke with Gigi before the game about lifting the same trophy his father won alongside him 22 years previous.

“Buffon?” He continued. “Before the game I told him that, having won this trophy with my dad, today he should win it with me. We succeeded and this makes us further understand what a legend Buffon is. This match was wonderful for everyone, this is a reward for everyone, for all the efforts made in these difficult months.”

The Old Lady will now have to turn their attentions to our final league match of the campaign against Bologna on Sunday, where we will be relying on others to drop points and allow us to climb inside the top four spots.

Will the team put off their celebrations until after the weekend?