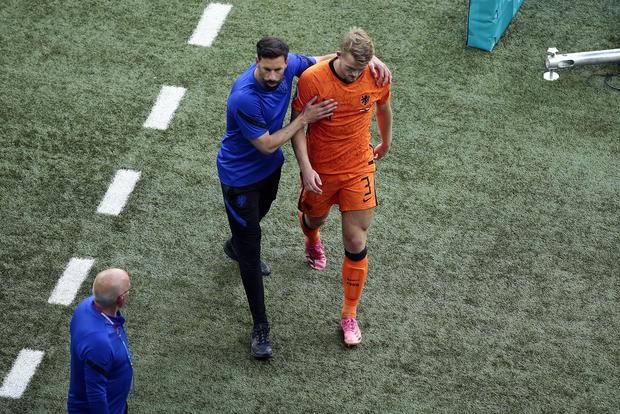 Juventus defender Matthijs De Ligt has slammed himself after he got himself sent off ahead of the Netherlands exit from Euro 2020.

The Oranje were in top form before the incident, dominating much of the possession, although they were struggling to break the deadlock.

De Ligt got himself sent off moments after an exciting attack, where Donyell Malen dribbled his way in behind the defence, only to fail to round the goalkeeper, and Memphis Depay failed to mop up on the loose ball, only for the counter-attack to ensue.

The Dutch defender was initially given a yellow card for the incident, before VAR was consulted to upgrade that to a red, either for a deliberate hand-ball or the denying of a clear goalscoring opportunity (most likely the latter).

“Fundamentally, we lost the game because of what I did. With hindsight, I shouldn’t have let the ball bounce. I felt like we had the game under control and had a few chances, especially in the first half.

“I didn’t even have the sensation that the Czechs were creating many scoring opportunities, but obviously the red card made the difference.”

Just 25 seconds after Vaclik bravely denies both Malen and Depay, De Ligt handles to stop Schick racing through on goal…

De Ligt is still young, but he will definitely need some time to get over this disastrous incident, but I’m sure he will take the opportunity to learn from his mistake.