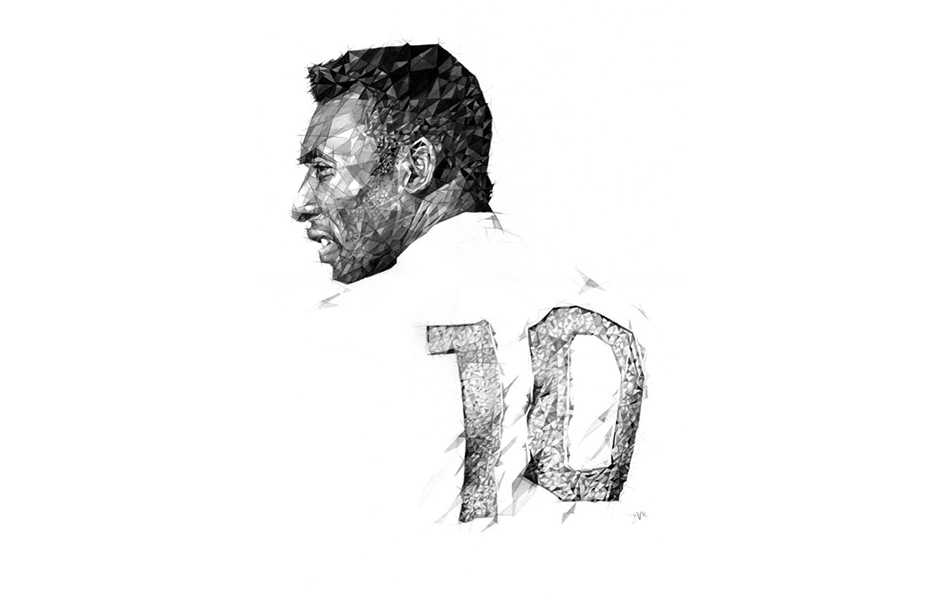 What If: Juventus Had Signed Pele?

This article originally appeared on Emmet’s blog, https://calciocorner.blogspot.com, earlier in the year.

If you asked several people that are old enough to evoke memories of Italian football in the 1960s, you will most likely get the same answers. ‘Catenaccio’, ‘Helenio Herrera’ and ‘Nereo Rocco’. The 1960s belonged to the Milanese giants, on the domestic and European front; between them they won five Scudettos’ (including numerous runners up finishes), four European Cups’ and one Cup Winners’ Cup. It was the decade of La Grande Inter and Gianni Rivera.

Compare this to fortunes of Juventus in the decade and it’s quite a stark contrast. Juve won back-to-back titles in 1959/60 and 60/61, a further title in 1966/67 and a sole Coppa Italia title in 1964/65. By La Vecchia Signora’s high standards it wasn’t the most successful of decades, but the entire landscape of Calcio could have been very different if a particular mission by the club had been successful.

The mission in question was a potential transfer that could have changed the face of Italian football in the ’60s, over the years Juve have had numerous ‘nearly done’ transfers (Cristiano Ronaldo, Luis Figo and Xabi Alonso spring to mind), yet this one is by far the biggest of them all, and it is a relatively unknown story.

The story goes that Juventus President Umberto Angelli, with the backing of Fiat, travels to Brazil to negotiate a deal to bring Edison Arantes do Nascimento, otherwise known as Pele, to Turin. However he ultimately comes back empty handed, the year of said negotiations are not entirely known, but it is believed that they took place after Pele had won the 1962 World Cup, when he was just 22 years old. This is his recollection of the events in an interview he gave to Eurocalcio in 2009:

“Real Madrid wanted me, along with Manchester United and Juventus,” Pele added: “Juventus president almost reached an agreement with Santos including the support of (the Italian car manufacturer) Fiat. I thought I would play in Europe, but I preferred to stay on the team that is in my heart, Santos.”

What Pele also failed to state in the interview was that (and probably the principal reason he stayed at Santos), was that he simply wasn’t allowed to leave. The Brazilian government blocked any potential transfer of Pele to Europe, they declared him a ‘national treasure’, and thereby forcing him to stay put in South America. Pele was only allowed to leave the continent in the mid ‘70s when he was well past the peak of his powers, at 35 years of age. 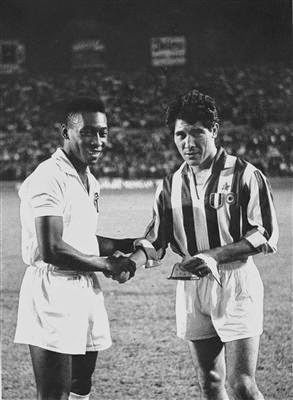 So lets wind the clock back and live in a hypothetical world for a few minutes, in which Umberto Agnelli comes back to Turin with what he sought out for; Pele’s signature on a Juventus contract. How would Calcio, and Juventus, have changed for the rest of the decade?

Juve’s talisman and at the time record goalscorer, Giampiero Boniperti, had retired at the end of the 1960/61 title winning season. Boniperti was part of a formidable trio, along with the legendary Welshman John Charles and the Argentine-Italian Omar Sivori, who won the Balon d’Or in 1961. Had Pele arrived in 1962 it is likely he would have formed a mouth-watering partnership with Sivori as in the summer of ’62 Juventus sold ‘II Gigante Buono’ (Charles’ nickname – The Gentle Giant) back to Leeds United.

Would the arrival of Pele been the catalyst that catapulted the club back to the summit of Serie A and therefore European success? These scenarios are always hard to predict. In the seasons that followed 1961/62, Juve finished 2nd, 4th, 4th & 5th. It’s not unreasonable to think that Pele could have been the difference maker in the Bianconeri finishing a few notches up the table, or indeed winning the league.

His mere presence in the Juventus team might have also seen other stars join the club, a knock on effect if you will. What cannot be denied is that Pele was that supremely gifted that the whole outlook of Serie A would have changed had he joined in 1962. Maybe the Milanese duo don’t go on to dominate the decade, and by extension Europe? Maybe Pele flops in Italy? He wouldn’t have been the first major star to fail on the peninsula.

In the end, Europe was robbed of seeing Pele play on a regular basis, and the player himself was deprived of the opportunity to prove himself at the highest level year in, year out. Instead all he got was one month every four years and friendlies with Santos, all thanks to military authority.

Whenever the seemingly everlasting debate about who was better between Pele and Diego Maradona is brought up, one of the strikes against Pele is that people will always speculate how well he would have done in Europe. The Brazilian game during that period was particularly strong, but the European game is the measuring stick by which all great players are ultimately judged.

Juve’s domination of the Italian game would have to wait a little while longer, the late 1970s and early 1980s belonged to The Old Lady as Giovanni Trapattoni arrived and created a dynasty, whilst simultaneously Pele was flying the flag for ‘Soccer’ in the United States with the New York Cosmos.

What could have been?