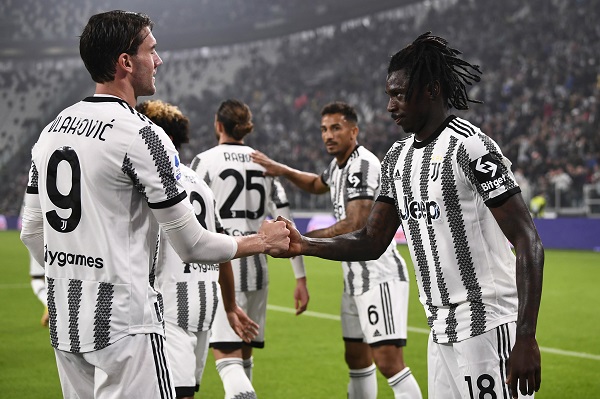 Juventus is now enjoying a six-game winning streak and third place in the series A standings. The team’s momentum is because of some adjustments they made to get where they are now. It is still the first half of the season, but Juve has a solid position to qualify for the championship this season. So let us check the news and see the game plan for Juventus this year.

After a dominant performance against Lazio, Juve is now third in the standing under Milan second, and Napoli first. Juve’s last November 14, 2022, is their fifth win in the league, solidifying its place in the standings early on. This five-game streak makes them one of the favourites in sports betting aggregate sites like casinogrizzly.com .The confidence has given them the drive to aim higher and make them one formidable team in the league.

Juventus has gone through a rough four years, with problems on and off the pitch. They battled difficulties within the club. One is signing veteran players to boost their roster’s power in exchange for paying higher wages to capture the championships. However, egos are clashing, and the team is not working as a unit while the club is paying them millions.

Juve has transferred some of its players to streamline its finances and recruit a mix of veterans and hungry younger athletes. The team has revitalized its roster and has made many changes that may contribute to their future success and even championship gold.

The team welcomes back coach Massimiliano Allegri’s ability to see plays and the team’s performance, making him the coach of the month. Outgoing midfielder Adrien Rabiot saw the potential in the team’s future; however, his contract ends after this season, and he will be going. Midfielder Rabiot and forward Kean’s dominant performance is the key to their winning streak. Juve is now ensuring its place in the UEFA champions league.

Moise Kean’s performance against Lazio has put a positive turn in his career. Being on loan for 20 million euros from Everton, his transfer fee is now 30 million euros. He stated he was there to make history, and the win against Lazio puts weight on his words. With a solid team and the best coach, the Bianconeri is on its way to greatness this season.

Juventus treats training of utmost importance like any team aiming for the championship. The Continassa training facility possesses the best facility. The advanced facility is state-of-the-art, and other teams use it to prepare themselves for big games. Their players also undergo strict diets and exercise to ensure peak performance.

Kean has experienced the rigorous training of the Bianconeri, and he lost 6 kg finding his Juventus form. Kean praises his coach for having patience and a comprehensive understanding of the game. Their performance on the pitch is a testament to Juventus’ training ethic, and diet is one of their biggest secrets.

Allegri was impressed with the young man’s tenacity and drive to achieve what he has now. Kean said in an interview that the diet is a kept secret, but chocolate is no longer in his diet.

Their winning streak is not an accident, but each player’s right people and dedication make the team successful. In the first half of series A—Juventus rode the momentum of their wins, with the Lazio victory as the cherry on top.

Next year they will face #18 Cremonese, which is in favour of Juventus, but analysts predict it will be a close battle. With Allegri as their coach, and athletes like Kean, Chiesa, Bremer, and Rabiot, the Bianconeri are expected to have a good season.

Having Allegri back and acquiring key players had turned the tides in favour of Juventus. Many believe they are one of this season’s dark horses with their will to win, impregnable defence, and excellent roster of players.

With all the challenges and problems on and off the pitch set aside, you have one of the best football teams Italy has to offer. The positive momentum going against Cremonese may ensure them another win in their streak. But the Grigiorossi will not go without a fight. Anything can happen in sports, but Juve is one of the Italian teams to watch out for in the European football league.