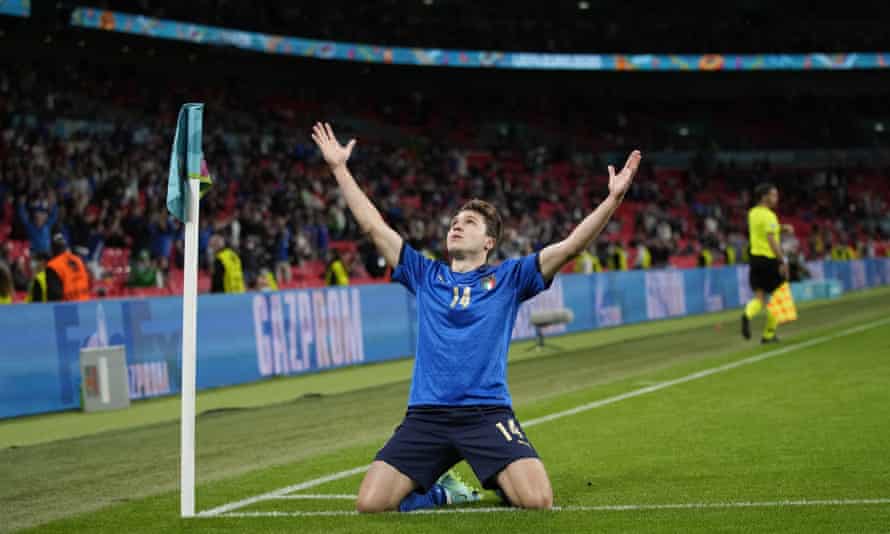 When Enrico Chiesa and Gareth Southgate clashed in 1997

On Tuesday night, Federico Chiesa scored a spectacular goal to break the deadlock in Italy’s semi final clash against Spain in Euro 2020.

That goal would have proven to be the winner for the Azzurri, but the winger’s Juventus teammate, Alvaro Morata, grabbed a late equalizer for La Furia Roja, taking the match to extra-time.

Thus, Federico will be set to meet an old “friend” of his father, Enrico, in the form of England manager, Gareth Southgate.

Football Italia published an article containing a video from a 1998 World Cup qualifier between Italy and England, where Chiesa Sr. and Southgate clashed on the pitch.

Whilst Enrico was protecting his ball on the left flank, the current England tactician caught him with an absolutely rash tackle – which is something that we became less accustomed of in the modern game.

The former Fiorentina man was obviously unpleased, and immediately reacted by shoving his British foe, while both men were on the ground.

The match official booked both players for their antics, as the match went on. This encounter took place on the 11th of October 1997, and ended with a stalemate, but coincidently, Federico was born two weeks later.

As fate would have it, Southgate will be set to meet another member of the Chiesa family for what is set to be his nation’s first major final in 55 years.

Up to six clubs looking at signing Vlahovic in the summer

Juventus miss out on another glamorous free agent – (Video)