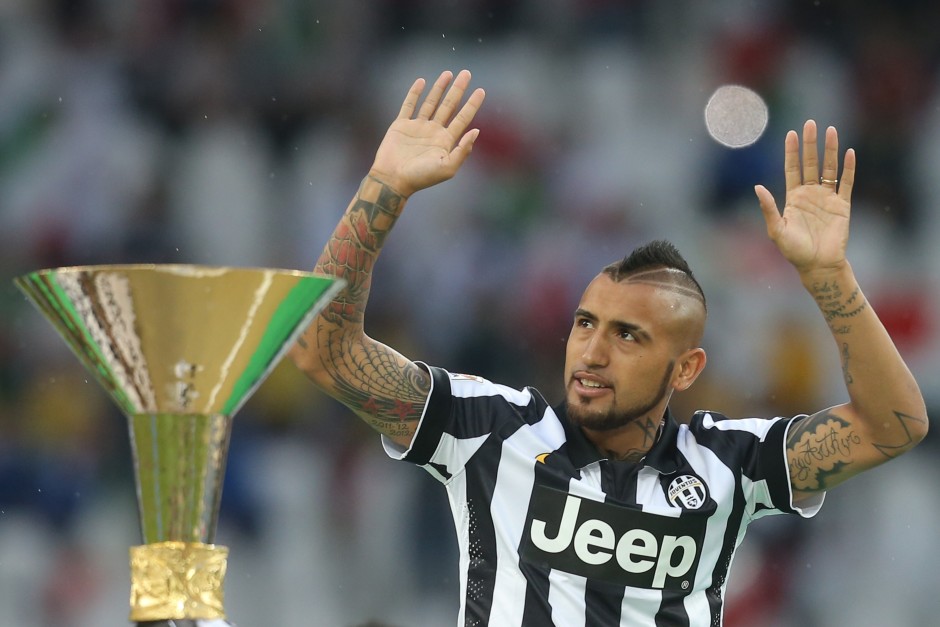 Why Selling Arturo Vidal is the Right Move

As word seeped through the footballing landscape that Bayern Munich had agreed a fee with Juventus over the transfer of Arturo Vidal, fans of the Bianconeri on various social media websites couldn’t quite comprehend what they were reading. It all happened so quickly, there was none of the dragged out speculation that surrounded the Chilean last summer over a proposed deal to Manchester Utd. This was swift action from the German club.

Yet despite the fact that Juve are unquestionably underselling one of the best box to box midfielders in world football – €37million is simply too low a figure for a player of Vidal’s quality – to a European rival to boot, and regardless of the protestations of the Juve faithful. Beppe Marotta, Fabio Paratici and co. are ultimately making the right call in moving King Arturo on. It’s time to cash in.

In his four years with the club, Vidal has developed into a cornerstone of the current Juve side. He’s been the clubs’ best box-to-box midfielder since Edgar Davids departed 12 years ago, matching the legendary Dutchman’s tenacity and all action style. The case is arguable that he is right up there alongside Antonio Conte and Andrea Pirlo as a signing that swung the pendulum in Juve’s favour over the last several years. He dominated every single midfielder he came into battle with in Serie A (with maybe the exception of Radja Nainggolan).

Yet last season was without question his worst in a black and white shirt, he labored through most of the season, and you felt he never regained full fitness from his knee surgery and his rushed return to make the World Cup for Chile. His play was sloppy at times and he seemed sluggish throughout a lot of games. There are still question marks over the condition of his knee.

As the season reached its climax and with the club on the verge of a historic treble, the Vidal we all knew returned, he began to dominate games once more and scored the title-clinching goal in Genoa against Sampdoria. He then played an instrumental part in Chile winning their first Copa America weeks later including being named man of the match in the final.

Since the Champions League loss to Barcelona on June 6th, Juve have seen two key players in Andrea Pirlo and Carlos Tevez both leave Turin, now with Vidal about to follow them out of the exit door, fans are understandably becoming anxious.

At this stage nobody knows if Vidal wanted to leave the club or if they decided to move him on, Agnelli and Marotta are in no doubt mindful of what happened to Milan and Inter in the late ‘00s when they held on to too many key members of their Champions League winning sides, instead of injecting fresh blood into the squad who would keep motivation levels high – both sides have never recovered, for various reasons it must be said.

The truth of the matter is irrespective of how loved Vidal is by the fans, his time has come. A player with his characteristics generally doesn’t last a long time at the highest level in the game. The aforementioned Davids had already peaked by the time he departed Juve aged 30 in 2004, the snarling pitbull was no longer so snarling.

Ten years ago this month Juventus bought a 29 year-old Patrick Vieira from Arsenal, feeling they had got a great deal at only £13million, but Arsene Wenger knew that the French behemoth’s legs were waning and wasn’t the dominating midfielder he had been. Getting destroyed by a young Cesc Fabregas in the Champions League quarter final at Highbury epitomised his only season at Juventus.

Realistically Vidal has only one or two more seasons left to play at the level Juve fans have come to expect of him, and one surmises that he doesn’t have the intelligent acumen to modify his game in the way Paul Scholes did for Man Utd when age caught up with him and his dynamism vanished. This is the clubs’ last chance to make a hefty profit.

Juventini have been making assertions that the club has never sold someone in their prime who was so integral to the team, but that isn’t necessarily true. Twenty years ago this summer Juventus got rid of Roberto Baggio, despite still being one of the best players in the world. Yes he had an injury plagued 1994/95 but if he was healthy, he started, the team was rightfully built around his genius yet was moved on.

A year later Fabrizio Ravanelli, then the same age Vidal is now and a vital component of Marcello Lippi’s Champions League winning team, was sold to Middlesbrough in the summer of 1996, Paulo Sousa was also shipped off the same summer, another key member.

Fast forward five years later and Zinedine Zidane was sold to Real Madrid, Zizou didn’t always deliver for Juve in the way he did for France but one could make the case that he was Juventus at the time in which he was sold, especially in the years post Del Piero’s injury. Everything ran through him, and we all know what happened with the money from his transfer.

So important players have indeed been sold by the club in the past, the crucial factor now is how Beppe Marotta reacts. The club surely recognises that they need to make a big splash in order to appease fans.

A Juan Cuadrado alone isn’t going to cut the mustard; even speculation of contacts with Schalke for the highly talented Julian Draxler mightn’t be enough ease Vidal’s departure. You imagine only a Gotze, an Ozil or an Isco would satisfy the fans and you can’t see the club sanctioning this deal without an ace or two up their sleeves. Either way Allegri will finally get his much sought-after trequartista.

At this stage it’s hard to assess if the gamble of selling Vidal will pay off, The Old Lady got it right with so many players in the past, but that was a different era and this is now a different Juventus.

The king has been sold, long live the king.