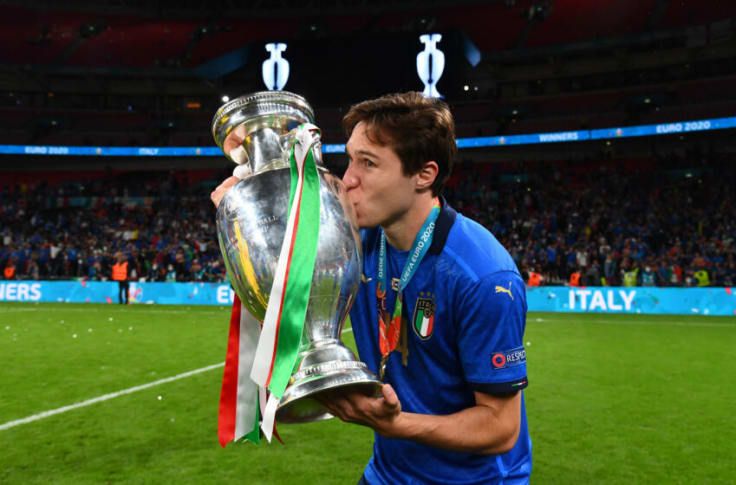 Will Juventus be forced to consider Chiesa exit after £85M offer from Chelsea? (Opinion)

Juventus are claimed to have made Federico Chiesa unavailable at any price this summer, but it’s fairly common knowledge that our club isn’t in the best financial situation.

Bayern Munich and Chelsea have both been named as potential suitors for our European Champion, who was named in UEFA’s Team of the Tournament of late, and German journalist Christian Falk claims that the Blues have registered their initial interest with an offer of €100 Million.

While it is all well and good that the Old Lady have rejected talks already, you can’t help but imagine that every player has a price, and clubs without unlimited funds surely have to consider selling any assets if the right offer comes along.

Interestingly, we do not even own the full rights to the Italian winger currently… We agreed a deal with Fiorentina last summer which would allow us two years before having to fork out his full fee, agreeing to take Chiesa on loan for a €10 Million fee, with an obligation to buy if certain clauses are met, and with us able to choose to pay the agreed fee at any point in the contract regardless.

In theory, we have the perfect opportunity to rake in some serious cash considering Chelsea have supposedly asked to open negotiations with a nine-figure bid, but could we value Chiesa higher than our peers?

The Blues are known not to shy away from paying the larger amounts in recent years, with four of the top 50 all-time most expensive transfers credited as their purchases, and you have to believe that there will be a number that force us into accepting.

I personally don’t want to imagine Chiesa leaving us at any point, as after just one amazing season, I believe there is so much more to come, but I also understand that we could use a substantial sale to boost the overall level of the team, and there are other areas of the squad which could do with improvement.

While I don’t believe €120 Million would be enough to convince the Old Lady into selling, I believe we would have to begin to negotiate with his potential suitors, and I wouldn’t be shocked it we agreed to a deal worth around €140 Million, with around €30 Million of that dependant on bonuses.

What figure do you believed would entice Juve into negotiation for Chiesa?