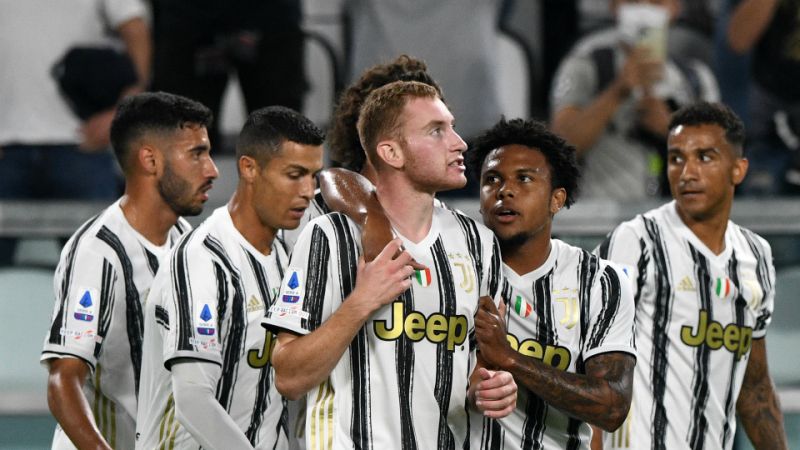 We have overseen a number of system tweaks since Andrea Pirlo came in as Juventus boss this summer, with no formation having played in consecutive games… Yet…

On Wednesday, we saw the team line-up in a 4-3-3 formation, although initial thoughts were that we had started with a 3-5-2 system, but Federico Chiesa was allowed to play further up the field, leaving Cuadrado to drop into a back four.

The manager has continually changed the personnel in matches, partly forced by certain injury (or Coronavirus related) absences, but there has been little consistency in the starting roles.

This weekend we could well see another new formation also, with Andrea Pirlo previously talking up a front three, with Cristiano Ronaldo to be fielded on the left.

Aaron Ramsey’s injury could well spur the manager into making this change, with the Welshman regularly filling in behind the front pair this term, although Dybala or Dejan Kulusevski could well fill in a similar role.

The one role we appear to be stacked in currently is in central midfield, which is giving us different ways of playing, but we are limited in the wide roles at present.

With only Chiesa, Danilo or Cuadrado currently available at full-back or wing-back, this could well be the main consequence for the continual chopping and changing, which if true, could be coming to an end soon.

Alex Sandro is set to return from injury after the international break, according to TuttoSport, as well as Matthijs de Ligt, and these could well allow the manager to settle into using a more consistent system.

Whether that includes a front three, which we could well see in action this weekend, or whether that will see a reduction in the use of a back three, will be up to the manager.

Would my fellow fans be happy to see the back three get scrapped? Or do we simply just want to see the team settle into any one formation?

Bayern Munich opens the door for star to move to Juventus