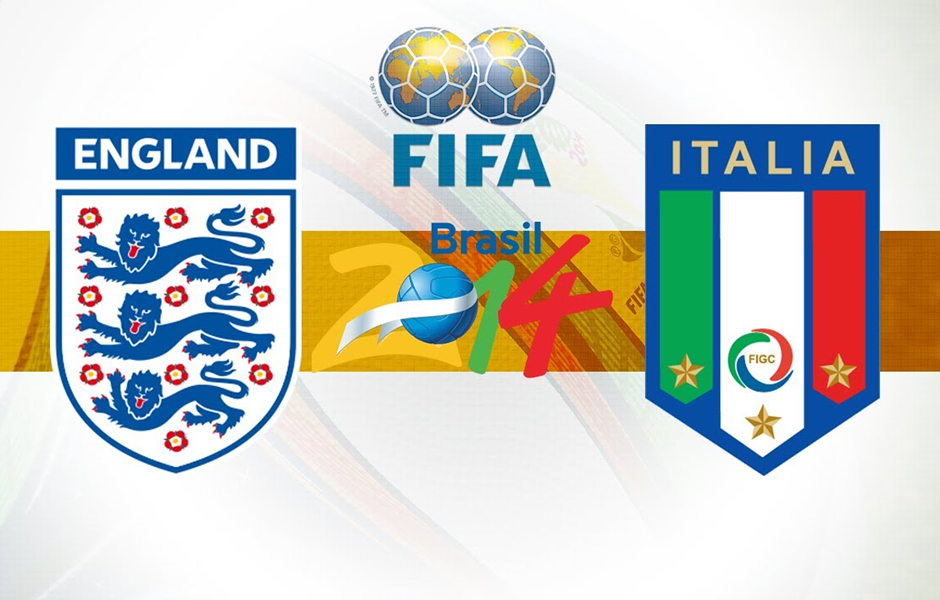 Game day is finally upon us ! Italy face England in their first group game of the World Cup with Giorgio Chiellini, Andrea Barzagli, Claudio Marchisio and Andrea Pirlo all expected to feature from the start.

Earlier reports from the Italia camp suggest Gianluigi Buffon may sit out the opening game against England due to an ankle sprain:

The Azzurri captain, a key member of the triumphant side of 2006, was absent from his scheduled appearance at the pre-match news conference at the Arena Amazonia.

Antonio Candreva instead sat alongside head coach Cesare Prandelli, who confirmed Buffon had picked up an ankle knock during training on the eve of the Group D clash.

“He twisted his ankle very lightly,” Prandelli said of the 36-year-old Juventus man. “It was a very, very light ankle twist. He is receiving therapy at the moment, but it is nothing serious.”

It’s the latest in a series of injury blows for the Azzurri who are already missing Riccardo Montolivo (out of the World Cup) and fullback Mattia De Sciglio (out with a calf problem); Losing Buffon however, is a different prospect altogether.

England are without Alex Oxlade-Chamberlain who has trained despite suffering medial knee ligament damage against Ecuador and the progress he has made has convinced Hodgson to keep him as part of the group.

If Buffon is out, Prandelli would likely turn to Salvatore Sirigu to take his place between the sticks. In defence, Chiellini will revert to his former role at left-back, while Barzagli and Paletta will be preferred in the centre and youngster Matteo Darmian starting at right back.

Danielle De Rossi will probably sit in front of the back four with Pirlo, Verratti, Marchisio and Candreva playing just in front while Mario Balotelli will be the sole striker.

England will likely play a 4-2-3-1 formation with Hart in goal and a back line of Johnson, Cahill, Jagiekla and Baines. Gerrard and Henderson will resume their Liverpool link-up in midfield.

Rooney will likely play just behind Sturridge with Lallana and Welbeck on the wings.