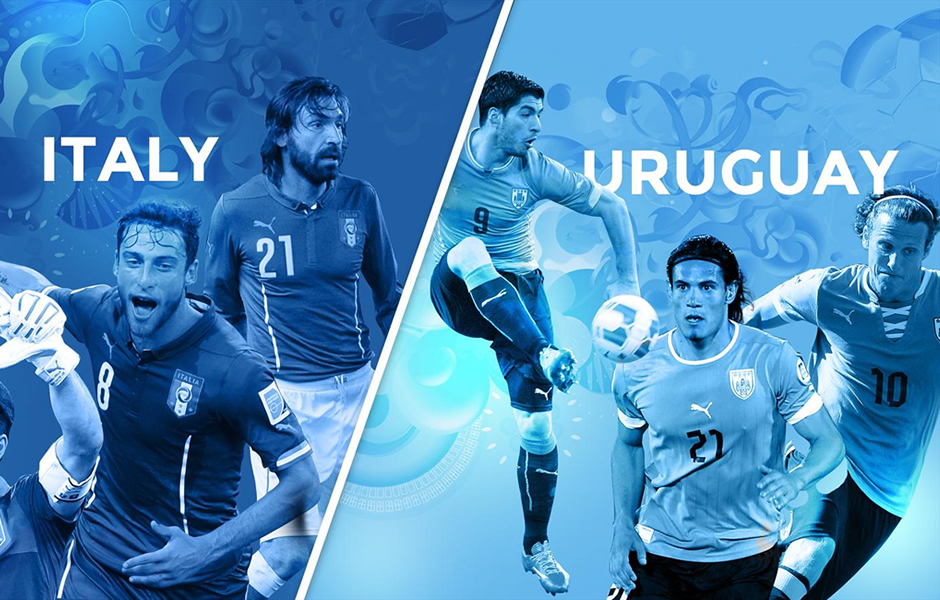 Game day is here and Italy know that a win or a draw would be enough to see them through to the final 16.

Following a lackluster display against Costa Rica that saw the South Americans snatch victory against a tired and beleaguered Azzurri, Cesare Prandelli looks set to shake up his lineup and formation in what looks to be a tricky final group game against Uruguay.

A Juventus style 3-5-2 is expected to be deployed with a revised lineup to accommodate. 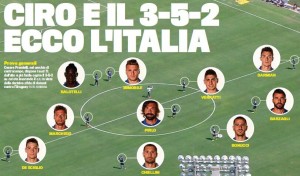 (Thanks to Tarek Khatib)

Gianluigi Buffon will start in goal with Giorgio Chiellini, Leonardo Bonucci and Andrea Barzagli in the back 3. In midfield, Andrea Pirlo will retain his role as regista while Claudio Marchisio and Marco Verratti will start in place of Thigao Motta and the injured Danielle De Rossi. Matteo Darmian will return to the right where he impressed against England while the fit again Mattia De Sciglio will slot in on the left. Up front, Mario Balotelli is certain to start but may play off Ciro Immobile or have Antonio Candreva in support.

Uruguay are expected to line up as they did against England with Luis Suarez deemed to be fit enough to make the starting XI. Edinson Cavani will partner the Liverpool striker up front with Alvaro Gonzalez, Rios, Rodriguez and Lodeiro in midfield.