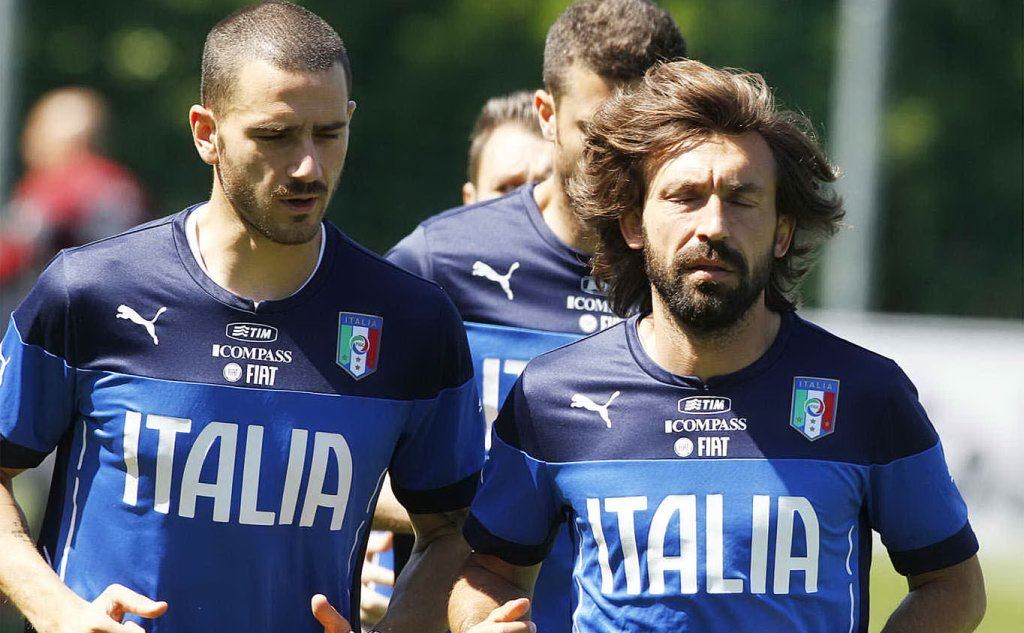 Editor’s Note: As the World Cup approaches and national teams play their warm up friendlies, JuveFC will be filing reports on the Juventus players in action, at least if we get to watch the game.

Italy played two matches and unsurprisingly they have won none. Prandelli keeps fielding hybrid lineups that damage the effectiveness of some of his key players but, barring a major collapse against England, he will continue on this dangerous road. Let’s take a look at how Juventini played.

Gianlugi Buffon: I don’t remember any save against Luxembourg. He conceded a goal, but it wasn’t his fault.

Leonardo Bonucci: honestly, he was atrocious in both games. Way too many lapses of focus, his passing wasn’t at his usual standard, he even let a Luxembourg player (!!!) outrun him. That’s unacceptable. Bonucci just doesn’t work in a 4-man defense, probably because he has to be more committed to man marking than he usually does and it messes up his head. Probably, if Barzagli isn’t fit enough, Paletta (who was not very good either against Ireland) would start in his place.

Giorgio Chiellini: he jogged in the game, but every time a player holding the ball, he quickly and easily dispossessed him. I think we are going to see a great Chiello in the World Cup.

Andrea Pirlo: I think that he suffers in this lineup. He is at his best when he plays in front of the defense, touches every ball and can go to work, deciding whether is wiser to deliver a long ball or to play the ball on the ground. In Italy, his touches are limited because De Rossi is the pivot. He has to play on his left or on his right. Now, there’s Verratti too, another player who likes to handle the ball. To make it work, Prandelli will have to make some real decisions, give the three some precise areas to play in, without this constant shifting. Otherwise, there is no point in having Pirlo on the pitch to chase opponents, shoot a couple of free kicks and passes 1/3 of the balls he usually does. He was not bad against Luxembourg, but he was not superb either. Playing in a slightly wider position than he is used to be changes completely what he’s been doing for 10+ years, because he’s no more in the middle of the pitch. The vision and the angles are different. There was some rumours about Prandelli playing a 4-1-3-2, with De Rossi exactly behind Pirlo, which could be a solution. Prandelli opted for a 4-1-4-1 yesterday and, while watching Verratti is really enjoyable, I’d rather have Pirlo as my main playmaker.

Claudio Marchisio: I lost the count of how many times he changed position. In the Ireland game, he was active, but also very imprecise in his shooting. I like a lot when Marchisio has room to attack, because he’s an excellent cutter, but making him do that from a wide position is not ideal (you call up Florenzi to do that, not Marchisio). Anyway, he played well, he scored on a fantastic two-man play with Balotelli: Marchisio’s lob for Balo beating the offside trap, Mario’s outstanding cross, Marchisio’s header, bottom of the net.

Bottom line, I think Prandelli needs to find a way to make everybody play in their best position. De Rossi and Pirlo can play together. De Rossi, Pirlo and Verratti might play together, but you need to have a solid game plan. Marchisio is wasted on the left wing. You don’t need to field everybody at the same time, WC is a grueling competition, players are worn out after a long season, rotating your men is highly recommended.