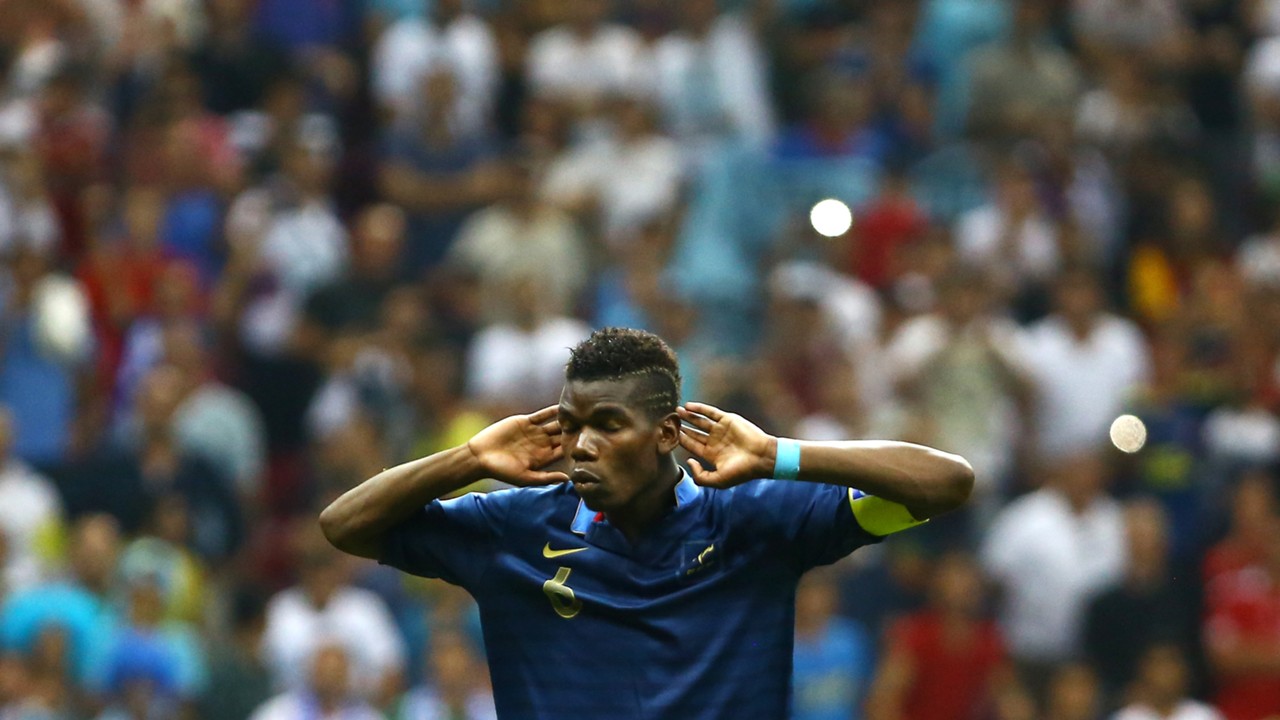 Editor’s note: With the World Cup rapidly approaching, there seems to be about a dozen international friendlies everyday. As we begin our coverage of Juve players at the 2014 World Cup, we will be reporting on their warm up friendlies as well. Paul Pogba has the honor of being our first.

Paul Pogba has done something extraordinary: he has made me watch the French national team with some amount of regularity. Furthermore, he has stopped me from actively rooting against France. No longer will I be watching with glee if the French melt down at the World Cup and mutiny their coach, instead, I would be worried about what it means for Pogba.

Having said that, there’s no need to worry about Pogba. While it took him a bit longer to break into the French national team than it did for him to break into the Juve first eleven, Pogba is nonetheless now an important part of Les Bleus. Indeed, if one compares his performance versus Ukraine all the way back in November with his performance versus Norway yesterday, the difference in his confidence on the international stage, and the growth in his role on the pitch, are clear to see.

Pogba illustrated that versus Norway with a very fine performance. For France, it seems he plays a slightly more defensive role than the role he plays with Juve. However, he is still tasked with getting forward and helping to create attacks. He did both perfectly versus Norway, and he only played 45 minutes.

Most notably, Pogba scored France’s first goal, off of a fine Mathieu Valbuena cross. Pogba was left unmarked, and when an unmarked Paul Pogba meets a fine cross, they make a goal.

That’s not to take away from his sterling work in the midfield. He was constantly pressuring opponents, winning possession, and threading dangerous passes to more advanced – I mean that literally, as in advanced up the pitch – players. It was the kind of performance that earns you a World Cup starting spot. It says a lot about a player when he only plays one half, and has one of the best performances amongst his side’s players.

Of course, Pogba didn’t have to win a starting spot, he was all but assured one barring any horrible performances in these warm up matches. After this performance, it’s hard to see him not playing many minutes and becoming an integral part of France’s World Cup campaign.