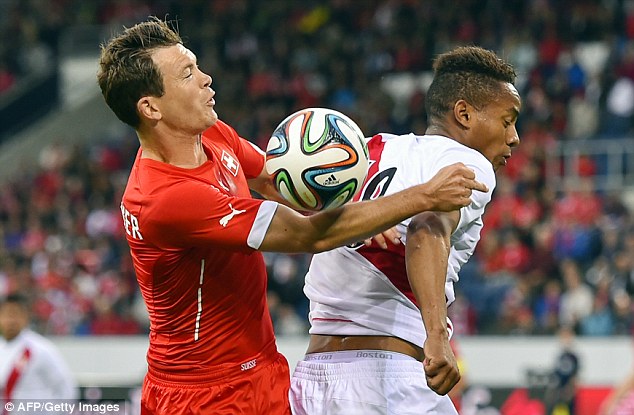 Editor’s Note: As the World Cup approaches and national teams play their warm up friendlies, JuveFC will be filing reports on the Juventus players in action, at least if we get to watch the game.

France and Switzerland have a few things in common. Proximity, a fondness for cheeses, the same World Cup group this year, and a Juve player on their World Cup squad who scored a headed goal. For France it was Paul Pogba, for Switzerland it was Stephan Lichtsteiner. Just as Pogba gave his nation the lead, Lichtsteiner headed in a Ricardo Rodriguez cross to put Switzerland 1-0 above Peru.

Shortly after the first goal Switzerland would score again, via Xherdan Shaqiri. Lichtsteiner, though, was Lichtsteiner. Pretty good in defense, very fast, and a pain in the ass for his opponents. The funny thing is his goal – Lichtsteiner did well to finish the cross, but it was more so a matter of being in the right place at the right time. Rodriguez’ cross traveled oddly, it almost seemed as if he was just crossing it in and hoping to get lucky. And he did get lucky.

The irony here is that Lichtsteiner, who isn’t exactly terrific at providing crosses into the box for Juve – though he’s not bad at it – scored from the type of assist he is expected to make, for club and country.

This was Switzerland’s final friendly, and now they have 12 days to prepare for their opening match versus Ecuador. After that they play Paul Pogba’s France, and then Honduras.